Cakewalk has introduced the next version of their music sequencing software and digital audio workstation Sonar. Striking the perfect balance between passion and precision, SONAR 5 shatters the limitations found in ordinary digital audio workstations. Offering a complete spectrum of creative technologies, SONAR 5 inspires your artistic expression. These technologies are fully integrated within a cutting edge engineering and mixing environment to transform your musical dreams into professional finished productions. 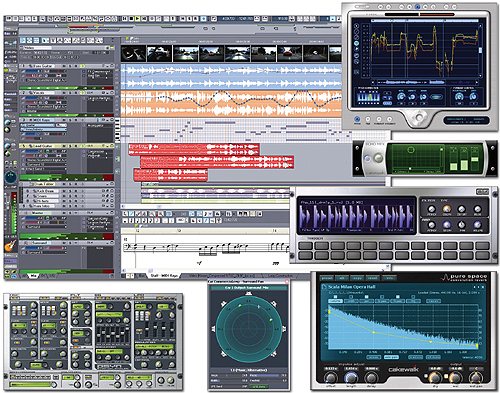 Grammy and Emmy Award winning musicians, producers, composers, sound designers, and engineers around the world turn to SONAR daily to fire their inspiration and deliver professional results. Whether you are one of these select few, or are aspiring for greatness, SONAR 5 is the definitive audio production environment for all your needs.