MHC announces the release of Ambient Keys 1.0. Ambient Keys is a synthesizer, which plays an extensive set of ambient waveforms, processing these using a filter, envelopes, an LFO, an ensemble, delays and an effect section which features 133 different effect modes, including crossfading effects and layered effects. 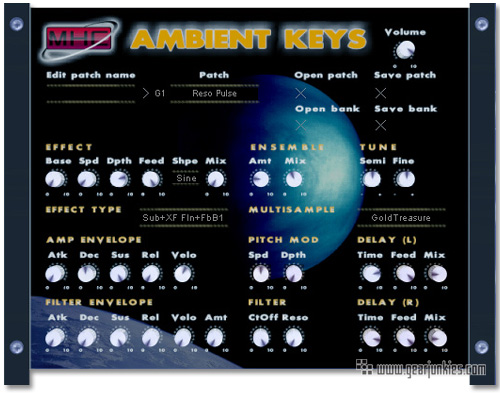 Version 1.0 has been released as a VSTi for Windows. We are working on an AudioUnit version for Mac OS X. Price is $99, including the three soundpacks.