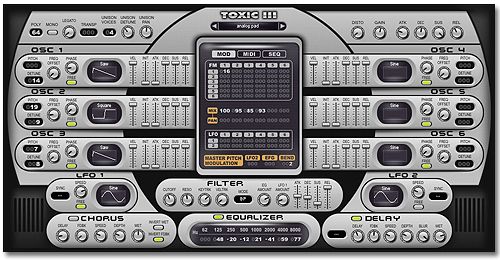 The current version is beta, what means Toxic III is now on testing/bugfixing stage. Maxx Claster is plannig to finish beta-testing and release version 1.0 on May 15. Estimated price is 69 Euro.