The Virus TI synth has been an ongoing development since it was first announced early last year. It birdges the gap between hardware synth and virtual instrument with a USB port for running the TI as a plug-in from inside a host application. 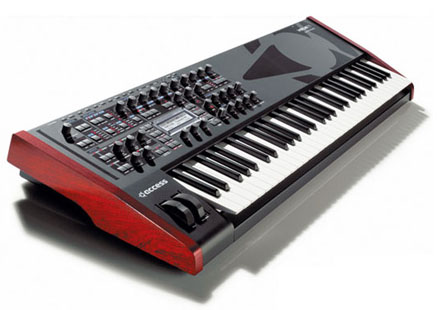 A public beta version is available for download and testing. After over 4 month of programming and testing the new version offers new features and bug fixes. Among those new features are 112 additional multi programs, a soft clipping algorithm for all outputs, a remote template editor and loads of tutorials which automatically install with the software suite.

New features make their debut with OS 1.1. 112 additional multi slots, and a patch history which allows you to revert to previously chosen patches. The Virus Control plug-in also now allows you to alphanumerically search for presets, and so-called Remote Templates can be used to control third-party synthesizers with the hardware controls on the Virus TI.

The new operating systems version can be downloaded free of charge.