The end of August saw the beginning of the releases of all current Samplitude and Sequoia No.9 versions. To coincide with the releases, a completely new website design and structure has been developed that provides all information on the professional MAGIX products more effectively and quicker than before. This will be added to bit by bit so as to package the experiences of users and the communication and development resources of MAGIX more comprehensively into the Community.

Sequoia 9 / Samplitude 9 is setting new benchmarks in effectiveness: maximum resource utilization with the ultimate sound neutrality. The unique functionality as well as outstanding cutting and editing options in the areas Multi-track Recording, MIDI & Audio Editing, and Sound Design & Mastering provide all the possibilities for creative editing at the highest level. 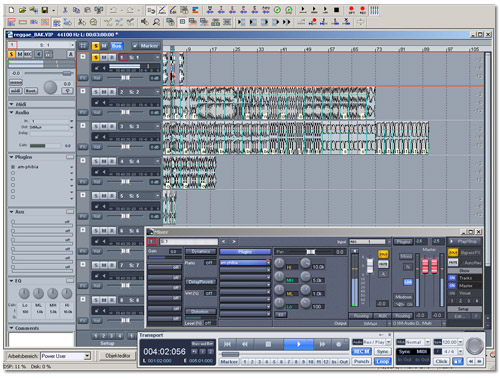 Take advantage of the outstanding new features in Sequoia 9 / Samplitude 9:
– Video Engine (Sequoia only): The newly integrated video engine allows you to include individual video objects.

– Economy Track: You can setup a track as an Economy Track to save system resources.
– Advanced Dual CPU Support: Sequoia / Samplitude support multi-CPU/multi-core/HT PCs by distributing the load for various tasks to different CPUs.

– Track Editor: Located at the left side of the arrangement window the Track Editor enables
access to all important track parameters of the selected track.

– Mono Settings dialog: The Mono button in the Track Editor switches the track to mono (from Input to Panorama Controller).

– New Effect presets: The “FX” button in the Track Editor and Mixer opens dialogs for specifying the order of the effects and adding VST/DirectX plug-ins. 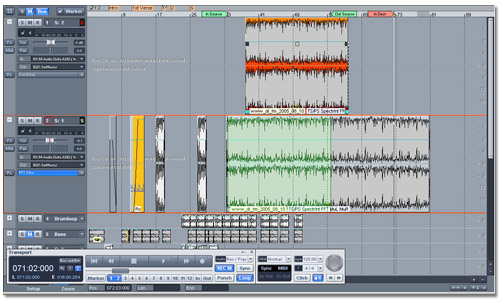 – de-esser: With the de-esser you can conveniently and quickly remove the “S” sounds from vocal recordings.

– VSTi Manager: In the VSTi Manager you can sort, manage, instance and delete VST instruments.

– Sound Cloner: With the Sound Cloner feature you can determine the sound characteristic of a song and transfer it to another one.

– Enhanced automation including AUX: In addition to the volume and panorama automation you can now also dynamically record the AUX input in the Mixer and Track Editor while the automation button is activated.