After nearly a year of development NEXUS has finally been released. NEXUS contains over 650 high quality presets from all popular genres and is available now. 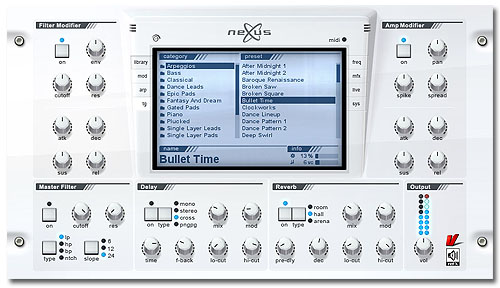 NEXUS is a next generation rom synthesizer of highest quality that will make your dreams come true. Forget about the usual bread & butter ROM synthesizers whose sounds are boring, stale and lacking punch.