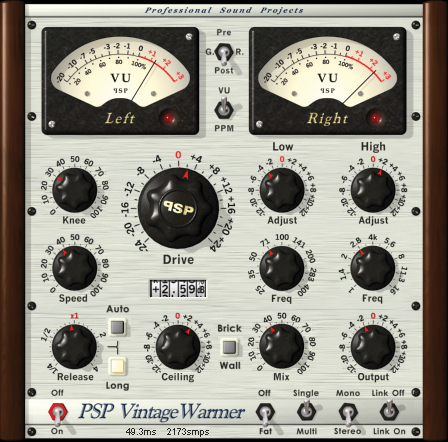 PSP VintageWarmer2 is available for both Mac OSX and Windows. The OSX version is Universal Binary so the plug-in can now be used on both PowerPC and new Intel-based Macintosh computers.

PSP is also pleased to inform that they have updated PSP MasterQ equalizer plug-in for both Mac OSX (AudioUnit, VST, RTAS) and Windows (VST, DirectX, RTAS) to version 1.5.0. The new version for Mac OSX is Universal Binary, so the plug-in can be used on both PowerPC and Intel-based Macintosh computers.

Due to the large amount of work required for porting the plug-in to Universal Binary, PSP is charging Mac OSX users a small maintenance fee of USD 19.00. Customers who put the PSP VintageWarmer2 into their shopping cart as well will pay even less – USD 10.00.

As previously promised, all users who bought PSP MasterQ after March 13th, 2006 get the new version for free. The users of NFR versions are entitled to free copy as well.

The previous version of PSP MasterQ needs to be uninstalled before installation of the new version. 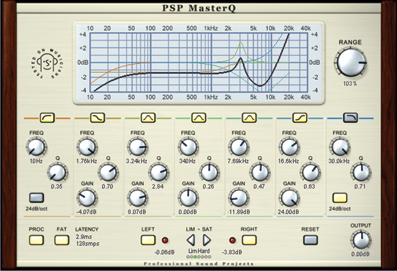