Alessandro Cortini and Scott Jaeger (The Harvestman) have collaborated to create a fully functional, highly featured and fun synthesizer called the SuONOIO. The SuONOIO utilizes sounds found on the SONOIO album and allows you to reshape them into new sounds, rhythms, textures and drones! 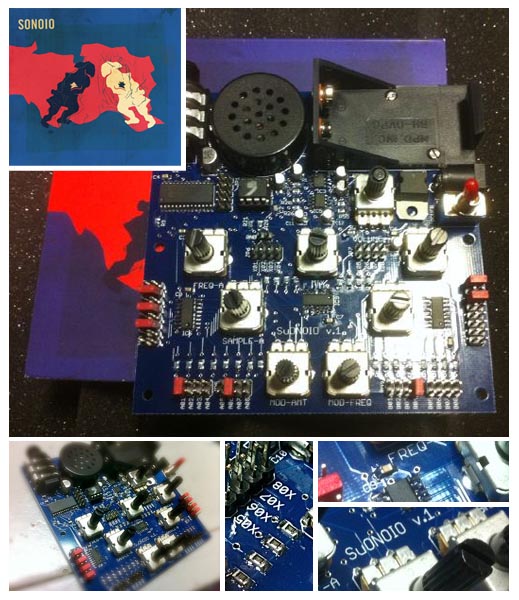 The SuONOIO is highly portable thanks to its battery powered operation and built-in speaker. In addition to the immediate feedback of the built-in speaker, SuONOIO features a 1/4″ output that makes it easy to be integrated with your favorite pedals, processors, amplifiers and more. Multiple SuONOIOs can be patched together if you decide to become a shut in or a professional concert SuONOIO-ist.

Check updates on the SuONOIO blog
*Ships on or before 10/5/10. Digital album will be delivered on or before 9/14/10 in either mp3, Apple Lossless + FLAC (mp3 included), or WAV format