How ironic, … wasn’t past saturday the day the iPod celebrated its ninth birthday. The day after Sony had its last day of the Walkman‘s production. Yep, another icon is being terminated due to economic and technological advancement.

Allthough credited of changing the way people listened to music, the walkman wasn’t an instant hit at first. But Sony persisted and kept on marketing the new device to the younger crowd. The portable cassette player eventually caught on, selling 200 million units over 30-plus years. Originally launched in Japan in 1979, the music gadget grew to become one of the biggest cultural icons of the 1980s. 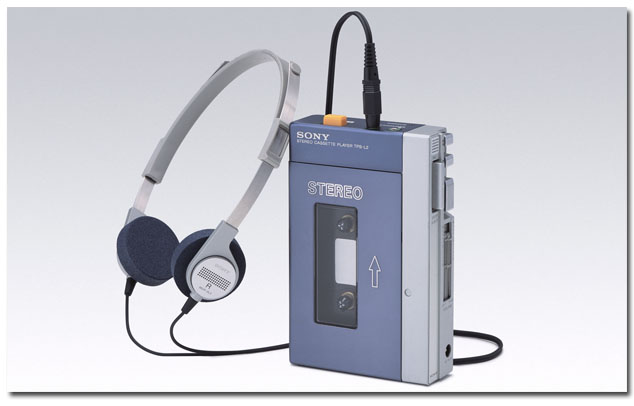 To be truly honest, I didn’t even know Sony still produced the cassette walkman. If you look at what you can get nowadays for your personal music listening pleasure, a cassette tape seems to be ancient as a medium. But as I read the press release, it was more the personal memories that made me smile. Because the memories of the Sony Walkman were nice and warm. I loved making mixtapes and sharing them with class mates and friends, because everyone owned a ‘walkman’!

Would I like to use it again then? Hell no. We all are spoiled with better sound, more content (gigs and gigs of mp3’s), better usability, etc. etc. And don’t forget before the MP3 era we still had the CD era, which lasted 10-15 years! So, the walkman died a long time ago. Long before last friday…..