Glanzmann has announced that their new DJ Controller is ready for ordering and shipment. In collaboration with FADERFOX, Glanzmann Digital DJ Solutions has developed the new 4midiloop controller which is the first controller allowing an entire and simultaneous control over four decks and four Effect-Slots in Traktor Pro. 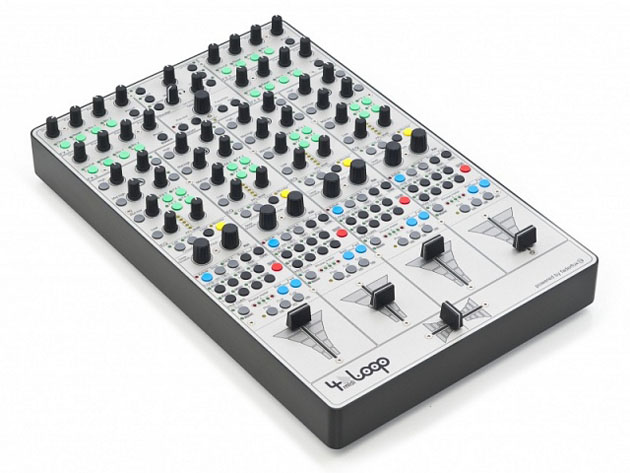 This ability is achieved by over 600 electronic components, equipped with the world’s best cross and line fader from Eclectic Breaks (Pro X Fade). Only 166 keys and almost the same number of Leds allow simultaneous control over nearly all of the operations in Traktor Pro as well as indicating all the important visual feedback signals of the controller’s software. Each device has a control for every function, which makes operating a mix of four decks most enjoyable. The controller attracts, not only by ergonomics and functionality but also with its revolutionary stylish light-aluminium body.

4midiloop is great new hardware for ambitious DJs, created to provide excitement and inspiration for many years to come.The controller is available with four color settings at a price of 1399 Euro. For more details check out the website.