Elektron has started to unveil more and more details with weekly updates. Just to prepare us for its final release … Below you will find week four and week five, new Octatrack features: Routing and Effects and Internal Structure. 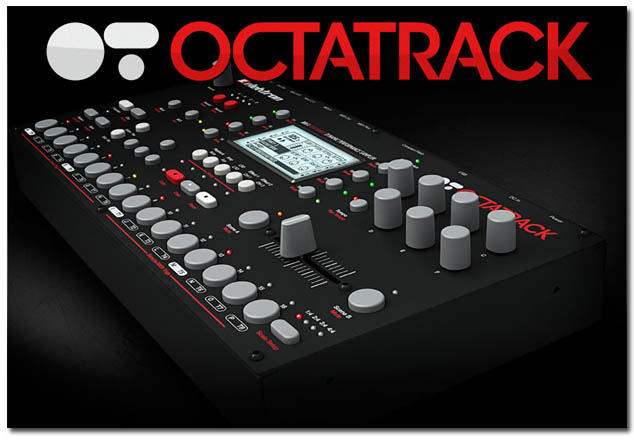 Track effects
The Octatrack effects section is highly customizable. One FX block is available for each track and each block can host two freely assignable effects for a total of 16 simultaneous effects. The track effects that will be implemented at launch are listed below. More will follow.

Effect chains
The effects can affect both internal sounds and sounds coming from any of the four inputs. For ultimate FX power up to four tracks can be chained, letting up to 8 serially connected track effects process audio. Two of these super effect chains can be in use at the same time. Add some effect parameter locking to the mix to make the Octatrack double as an extremely versatile and seriously fun effects unit.

Octatrack routing
The four inputs and four outputs can be configured in just about any way. Tracks are by default routed to the main output pair, but can with the press of a button be redirected to the cue output pair. The headphones output can monitor the main outputs, the cue outputs or a mix between them both. Tracks are not restricted to being sent to either the main or cue output stereo pairs though. By making the appropriate settings four of the tracks could for example be routed to individual outputs. The four inputs can work as two stereo input pairs or as four individual inputs.

Internal Structure
The Octatrack is organized in a hierarchical way, starting with samples as the basic components. From there everything is a part of a larger structure, culminating in the so called set.

Projects
A set can host an unlimited amount of projects. When booting the Octatrack a project will always be loaded automatically. A project contains 16 banks, 8 arrangements, 128 sample slots dedicated to Flex machines and 128 slots dedicated to Static machines. The samples used to fill the these slots are fetched from the audio pool of the set.

Banks
Each of the 16 available banks can host 16 patterns and 4 parts. Switching between banks is seamless as bank content is preloaded when booting the Octatrack.

Patterns
256 patterns are always at hand. A pattern consists of sequencer data, like note trigs, parameter locks and track lengths, for the eight internal tracks and the eight MIDI tracks.

Samples
Samples are stored on the Compact Flash card. They are, depending on if they are assigned to a Flex or Static machine slot, either streamed from the card or handled in the RAM memory of the Octatrack. The amount of control over a sample differs slightly depending on the type of machine handling it. Flex machines offer more control over samples compared to Static machines.