Double GRAMMY award winning engineer Adrian Bushby has been using Focusrite equipment since he began his career in the late ʼ80s as a budding tape op at Londonʼs Trident Studios. “We were all dying to try Focusrite when it came along and whenever we did, it sounded amazing. It’s something that I’ll always go for if it’s in the room because I trust it and I know it always sounds great and it always comes through.“ 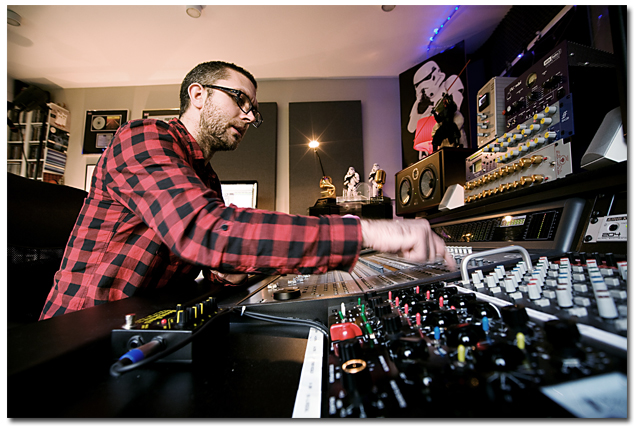 Adrian followed the tried and tested route of progress from assistant to recording engineer, and during the ʼ90s, he earned his stripes recording and mixing records for the top billing artists of the time, including My Bloody Valentine, New Order, U.2. and Smashing Pumpkins. He picked up his first GRAMMY in 2008 for recording the Foo Fighters album, ‘Echoes, Silence, Patience, Grace’ and then in 2011 for Muse’s multi-platinum album ‘Resistance’.

More recently Adrian has been mixing singles for highly acclaimed debut acts such as Everything Everything, Art Vs Science and Two Door Cinema Club from his north London studio space. Pride of place, alongside a carefully selected array of other analogue outboard gear, is a Focusrite ISA220, which features the same input
stage as the original Forté console, as well as the flagship ISA430MkII. It’s earned its place in his studio for its flexibility, and being able to bring presence to instruments and vocals. “Recently, I did a radio mix for Band Of Skulls, and the track heavily hung around the vocal. I had the ISA220 in the room, and I put the vocal straight though it, and it just worked really well. For me, it really did make the mix come alive: the vocal sound was fantastic.”