The trend that the iPad set last year is undoubtedly not slowing down. The iPad will become more and more a musical tool in the studio and beyond. Last year we saw some synths being recreated for the iPad by Korg for example. Just a few days ago we were sent a picture of another ‘famous’ synth being ‘recreated’ as an app. Is Novation taking the plunge in the app market with a V-Station (HD) app? It seems legit as the V-Station was the VSTi version of their hardware K-Station. So with the popularity of the iPad as an instrument (and the improved midi capabilities) it makes sense that the V-Station would be the synth to recreate as an app. 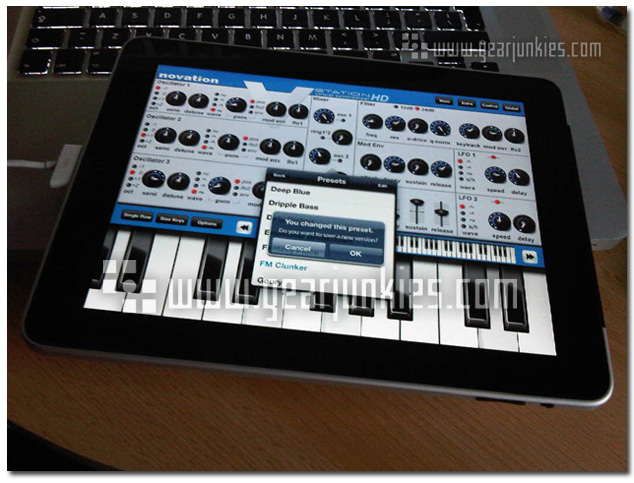 We have contacted several sources for more information and details of the V-Station app. As soon as we know more you’ll be the first to hear it from us.