Vermona will be presenting even more new products this week in Frankfurt, Germany. At the MusikMesse they will also unveil the new Filter Lancet. It’s basically the filter section of the new Retroverb Lancet for those who don’t need the reverb effect. It has lowpass, highpass and bandpass mode, a LFO with six shapes including sample & hold, an envelope generator with attack-decay when triggered from audio signal or attack-sustain-release when triggered via gate. There also is an envelope follower and an input for an external control voltage source. The input signal can be fattened via overdrive and the BALLS circuitry. 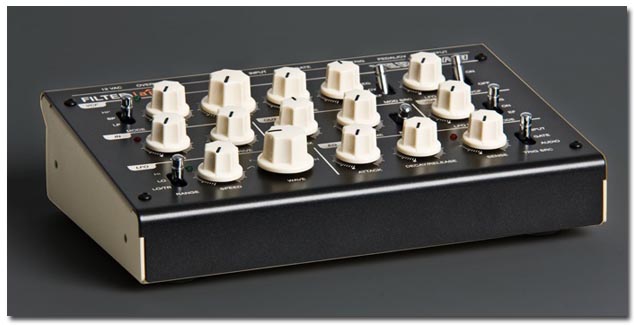 Check it out at the Superbooth in Hall 5.1 / stand C70 at the Musikmesse in Frankfurt.