Solid State Logic, the world’s leading manufacturer of analogue and digital audio consoles, is pleased to announce that Troy ‘Radio’ Johnson has installed a Solid State Logic X-Desk and X-Rack in his home studio.

Radio literally grew up in the recording studio – and when that studio is used by the likes of Sly Stone and Quincy Jones you’re going to pick up a production trick or two along the way. No wonder that Radio was producing tracks on a 4-track before his eighth birthday. These days Radio is a songwriter and producer used to mixing on larger SSL consoles, but during the production of Until It Beats No More, for Jennifer Lopez, a track co-penned by Johnson… SSL’s X-Desk & X-Rack enabled him to produce the final mix from his home studio. 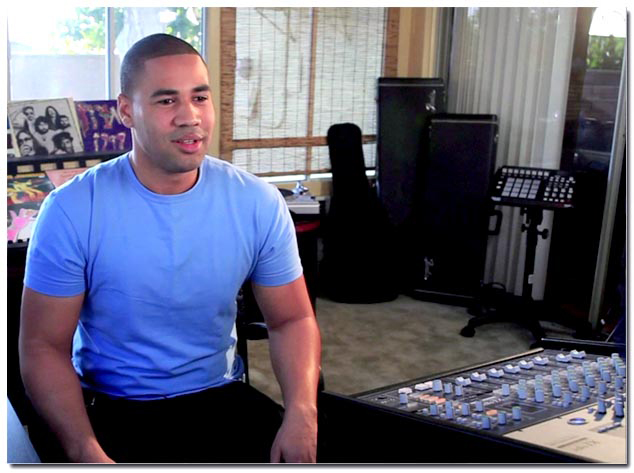 “We originally wrote the song for Leona Lewis but she didn’t go for it, so my manager played the song to J.Lo’s people and they liked it. I wasn’t there for the recording because Kuk Harrell took care of the vocal production, but when I heard her performance I was like, ‘oh my gosh, she killed it’, she was great! They told me they wanted me to change the drums around a little bit and add some more synth stuff etc. While I was [in the studio] doing that they asked me to mix the track, and I was like, ‘really? Alright! So I mixed the record on an [SSL] G-series console and when they heard it they thought it was great, but they said they wanted me to make a couple more changes.”

“The problem was that the next day the studio was booked out, and so my first thought was, ‘It’s a good job I have my X-Desk and X-Rack here, ’cos I can pull up these channels and change things and still get the same analogue quality that I would get at the studio. For me it was the perfect opportunity to utilise this whole set up that I have. And it came out great. I wasn’t sure if they thought that this might still be a demo mix, and then they sent it off for mastering. So I guess I finished the final mix at my house on the X-Desk.”

“The thing that I love about this story is that with X-Desk I actually had the real deal, you know? With X-Desk I was still able to bring up the stems and sum it and get the same quality that I would get on the G-Series… it was exact. The feel… everything. With X-Desk it’s just like… no problems, it’s easy!”