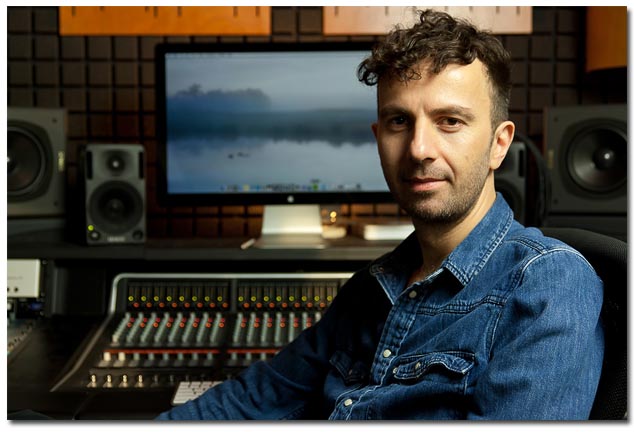 Kurt chose the Matrix as the hub of the new studio after Dave asked him to put together a “dream studio” that streamlined the production process. Although it was the unit’s small footprint that sealed the deal, Kurt was first attracted to the sound and flexibility of the Matrix.

Martin Gore, a founding member of Depeche Mode and songwriter for the majority of the band’s songs to date, has also installed an SSL Matrix in his home studio in Santa Barbara.

“For me the analogue summing was eye opening. It is beautiful,” Kurt said. “Even with demos, it sounds majestic. When we mix, it makes a huge difference in the spatial placement of the sounds, even when it’s all synthesizers and samples. It is perfect for that. And it looks fantastic, which is important too.”

Kurt first met Dave in 2005 when he was asked to engineer demos for Depeche Mode’s Playing the Angel. He went onto engineer Dave’s solo project, Hourglass, worked on Depeche Mode’s Sounds of the Universe, and is now working with Dave on the band’s next release.

“We just talked to the producer, Ben Hillier,” Kurt added, “and we’re going to track a substantial amount of the new Depeche album here, including vocals. It’s the perfect thing to have here for electronic music. The Matrix is extremely high quality, and I had heard from friends that it has the same sound as SSL’s larger format consoles. We don’t track large bands; we have only three preamps, so the Matrix is fine for what we do. It’s just a couple of synthesizers, a drum machine here and there, and the vocals.”

“The whole architecture of the Matrix, which lets you use outboard gear like plug-ins, is mind blowing. I’ve never seen anything like it. When I was told about its functionality, of course, I was sold, because I’m more of a computer guy, working in the box, working on laptops. So, to have Total Recall available with outboard gear is wild and I make use of it constantly. I also wanted to have a good monitoring section for A/B-ing stuff. When I do mixes, I love to go back and forth between different speakers, and the Matrix monitoring section is really good.”

Despite the wealth of features in the Matrix, Kurt had no problems getting to know it. “It’s quite easy to use,” he said. “I was very impressed. And the customer service is very helpful when I had a question. The Matrix is pretty intuitive if you know your way around a mixing board. It was no big deal to learn. Especially the automation and the Total Recall for getting your settings back.”

Originally from Aadorf, in northeastern Switzerland, Kurt attended the Berklee College of Music in Boston before relocating to New York in 2000. Since moving to the Big Apple, he has worked on albums, singles and remixes for Erasure, Moby, The Raveonettes, Yelle, Nellie McKay and Soulsavers. Kurt also works on his own all-electronic solo project, Kap10kurt, when his busy production schedule allows.