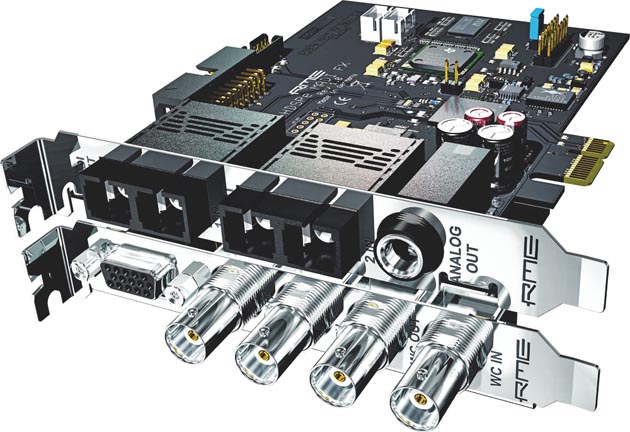 To guarantee RME’s unique low latency performance the card introduces a newly developed modular Hammerfall Pro Audio Core. The core processes three times as many channels as before, but actually reduces the system load and enables ultra-low latencies down to 32 samples.

State-of-the-art fail safe operation: the new RME PCI express flagship provides 64-channel recording with seamless redundancy. As soon as the current input fails, one of the other two inputs is used. Switching the inputs takes less than a sample.