Sample Magic has announced the publication of its latest book, Richard Buskin’s Classic Tracks. What really went on behind the doors of the world’s top studios while recording The Beatles, Bruce Springsteen, Bob Dylan, Nirvana and R.E.M.? How did producers and engineers deal with the legendary egos of Oasis and Paul Simon? Or the haunted perfectionism of Michael Jackson and Phil Spector? And how – between the drugs, the sex, the fights, the tears and the tantrums – did some of the most iconic tracks of our times ever get recorded? 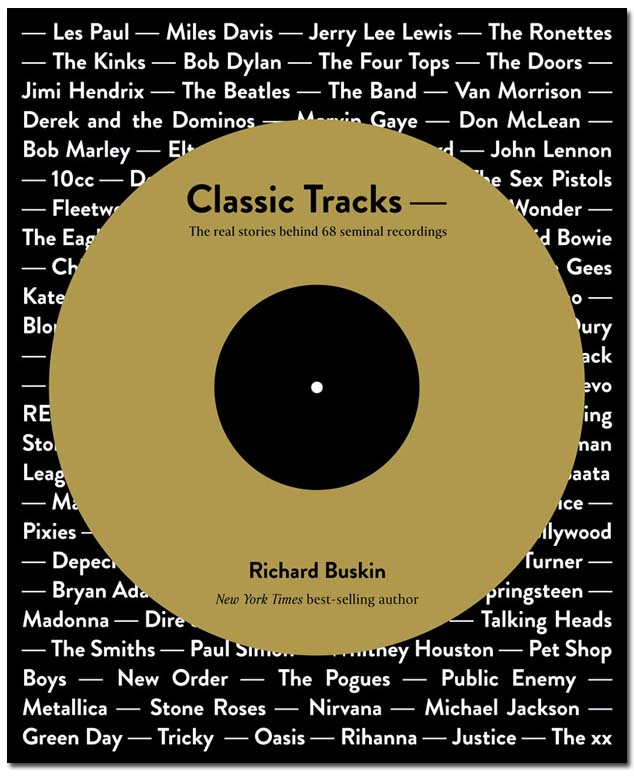 The real stories behind 68 seminal recordings

From rock to rap, pop to hip hop, soul to metal, punk to disco, and jazz to electronica, each chapter draws on original interviews and the recollections of artists, producers and engineers to tell the inside story of an era-defining recording, with in-depth information – including rare original studio photos, lyrics and track sheets – about the relevant recording techniques and creative processes. In all, 31 leading studios from around the world are profiled.

Starting with Les Paul (1951) and closing with The xx (2009), via recordings by David Bowie, Miles Davis, The Doors, John Lennon, The Sex Pistols, Donna Summer, Fleetwood Mac, Marvin Gaye, Jimi Hendrix, The Rolling Stones, Elton John, Madonna, Metallica, The Pogues, Rihanna, The Who, Justice and many more, Classic Tracks offers rare insight into the mindsets and unique talents of the finest musical artists of the past six decades, and reveals how – often against the odds – some of the all-time best-selling, most influential records came into being.