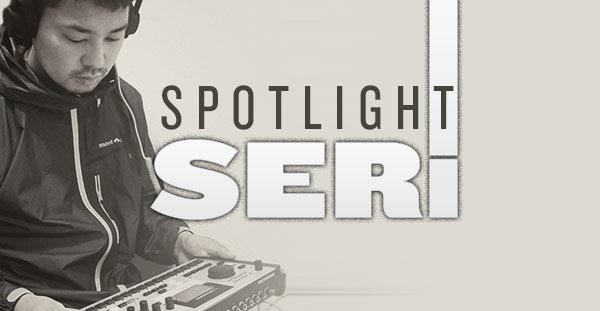 Including the two SERi albums, there has been a total of 15 releases by you — most of them on overseas labels. How did these releases come about?

My first release was on a Japanese label called Asian Dynasty Records. The label was looking for submissions for a compilation called Perfect Strangers Electronic, so that was my break.

My first album, Time and Space, was just that: a first release — I wanted people to hear various aspects of my own style. So although it was a first album, it was kind of like a ‘best of’ record too. The deep material that didn’t make it onto that release formed the follow-up second release. Some tracks are influenced by my mood or a feeling I have at the time I’m making the music; some tracks are inspired by the Elektron Machinedrum and other hardware gear. It’s about fifty fifty.

Has the dance music scene in Japan changed in your opinion?

About five or ten years ago, artists didn’t actually go to clubs and parties all that often. They stayed home and just made tracks and there wasn’t a lot of communication between artists and DJs. That’s my impression of the scene a decade ago.

How did you start playing live? Is there any difference between your live and studio setups?

Initially I concentrated on DJing. However, after having released some vinyls and albums, I wanted to play a whole set of my own music. When playing live, I use a Machinedrum and a Macbook running Ableton Live. I also have a live setup that’s a bit closer to DJing. For that I use NI Traktor to play my own tracks while using the Machinedrum and a Monomachine to create short loops, which I lay on top of the tracks.

In the studio, I’d say Elektron gear is featured on something like 50% of my music. In the case of the Machinedrum, I’ll create a basic loop which I record in Ableton Live and take it from there.

Could you tell us about the artists you like and artists you’ve been influenced by?