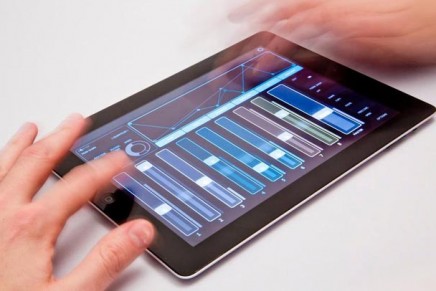 The result of years of experience in Ableton Live multitouch control, the long-awaited Live iPad controller from Liine and ST8 is finally here. Built on what they learned from making Mu, Griid, Kapture Pad and Lemur, LiveControl 2 gives you every single feature you need to jam, produce and perform with Ableton Live. All the best features for controlling Live from your iPad or iPad Mini have been regrouped, refined and streamlined, making LiveControl 2 the ultimate Ableton Live multitouch experience. 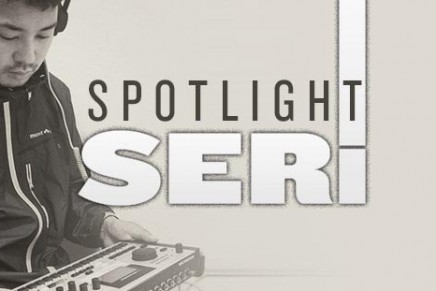 As an absolute impersonality with a very personal attitude towards creativity, We Have A Ghost takes on a unique role in the music climate of today. This remarkable integrity shows in the music as well. The output of this elusive person spans across several genres, but a ghastly presence is felt in all tracks. This is something out of the ordinary. 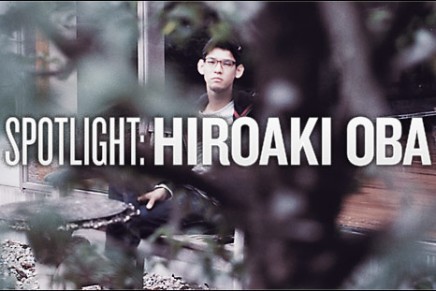 The world is listening – Many of you already use SoundCloud, the world’s leading social sound platform, to share your creations on the internet. Ableton has now teamed up with SoundCloud to give all Live 8 and Suite 8 users 5 months of SoundCloud Pro for free, a value of EUR 145/USD 190. This offer is valid for all existing users, upgrades and new purchases of Ableton Live 8 and Suite 8 registered by May 31, 2012. 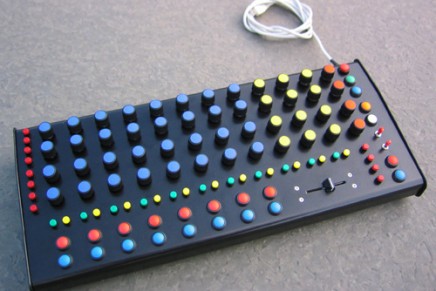 In the 1980s, analog synthesis entered a new stage, with more portable options like the battery-powered EDP Wasp, and polysynths like the fat Roland Jupiter and Korg’s PolySix. Meanwhile, digital synthesizers debuted with the legendary Yamaha DX7 and its FM synthesis, while Casio offered its own take with the CZ-1 and its phase distortion synthesis.

Swiss live artist Ander does electronic live gigs somewhere around techno/minimal with his own controllers. After two years he now has the availability of Station. He designed and constructed this MIDI-Controller himself, based on the ucapps.de hardware platform. He uses it for live techno performances with Ableton Live.

Dubstep supergroup Magnetic Man (Artwork, Benga & Skream) talk to Novation TV about their live setup, which comprises 3x Zero SL MkII MIDI controllers, and Focusrite Saffire Pro 14 audio interfaces. Together with three Mac laptops (linked together via their own ‘secret’ recipe) running Ableton Live. Novation caught up with them in Barvelona recently where the trio tell us more about this live setup.

This video is to me like ‘a sign of the times‘. With the ‘fast’ evolution of DJ’ing and the equipment used by DJs this video shows exactly what’s going on these days. Komatsushima is using a Pioneer DJM-900, CDJ-2000, EFX-1000, Ableton Live, an iPad, Korg Kaossilator and Touch OSC to do a ‘mash-up’ of “Diabla (Metrik Remix)” by Funk D’ Void and “Flashback (Accapella)” by Calvin Harris.

Mason is a DJ and Producers duo from The Netherlands. With a recently released their debut album ‘They are Among Us‘. On this album there are quite the collaborations with some big names in the industry, like Roison Murphy, Kurtis Blow, DMC, Sam Sparro, Aqualung and Sway. The guys felt the need to bring their music to the stage just like a rockband would do. The video actually shows how they did that with the help of Ableton Live and explain how they synced verything on their live system.

To bring his solo productions to the stage, Nicolas Jaar expanded his sound to include a live band. Playing Ableton Live with his band, Nicolas leads a set full of improvisation and creative transitions. Ableton caught up with Nicolas and his band at Sonar 2011 for an incredible performance. 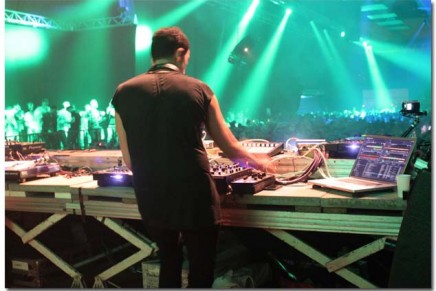 Formerly of duo, DeepDish, Dubfire’s latest solo technical set up comprises the Xone:DB4 at the centre of two X1 controllers running Traktor and an iPad controlling Maschine and Ableton.