One of products, at the past MusikMesse in Frankfurt, that took a lot of interest with the public and press was Softube’s Console 1. Which is an integrated hardware/software music mixing solution which includes a rugged hardware controller and a modeled analog console channel with some unique additions. 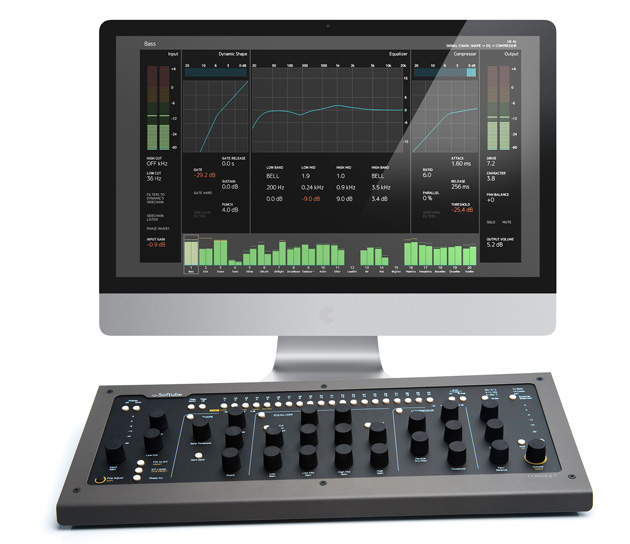 Softube Console 1 does not only offer the sound and features of a high end analog mixing console, but finally brings an analog and intuitive workflow to the computer based studio.

Console 1 works like a mixer that you use along with your favorite DAW. Set it up with your DAW, use the hardware’s channel selector buttons to select the channel you want to work with, and start tweaking the equalizer, compressor or the other sections—it’s as simple as that. You can mix entirely without using the computer mouse if you want to.

The included UK 4k channel strip plug-in provides you with all the tools you need, and of course has the great sound that has made Softube world famous. Console 1 is the next step for computer based music mixing. The system will be available for purchase after summer of 2013.