Novation TV spent a day with Teddy, where he showed them around Future Recording Studios 2 and played a brand new version of Guy’s 1988 hit ‘Teddy’s Jam’ on the Novation MiniNova. 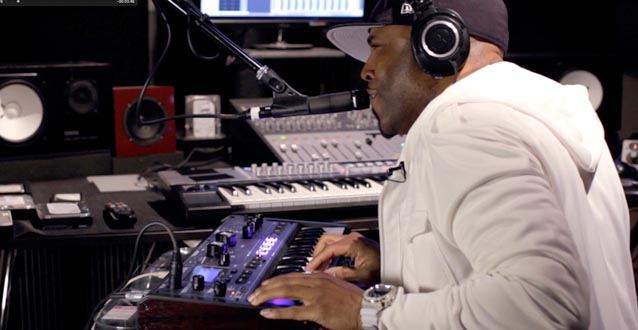 Teddy Riley has always had the cutting edge on production. Highlights of his career include forming R&B super groups Guy and Blackstreet, co-producing and co-engineering Michael Jackson’s Dangerous album (which has sold over 32 million copies) winning Riley a Grammy for Best Engineering non-classical. He has produced countless landmark records, such as the LP “Make it Last” Keith Sweat, Bobby Brown’s ‘My Perogative’, Johnny Kemp “Just Got Paid”, Blackstreet “No Diggity”, The Hip Hop Classic “The Show”, “Rugrats” The Movie and hit after hit for the late Heavy D and a long list of others.