With one semi-professional and two avid amateur DJ’s, DJ gear has always been a big part of our love for gear since we started back in 2003 with Gearjunkies. So if you’d ask us what piece of equipment, we think,  has made a big impact in the world of DJ’ing, the Vestax VCI-100 would definitely make that list! Vestax themselves honour the VCI-100 with a special write up on thier website: “The history of the VCI-100″. 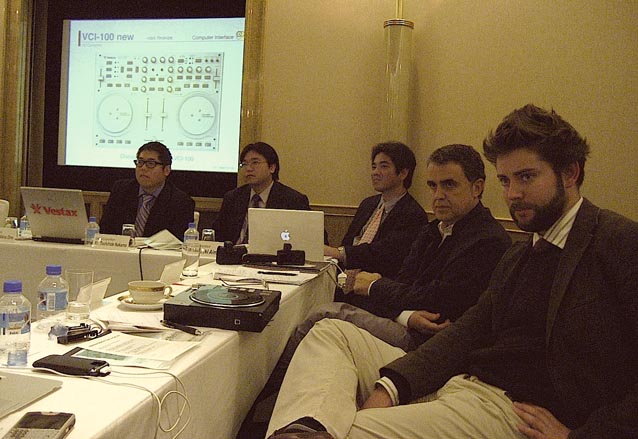 Every year, Vestax holds an “International Product Meeting” near it’s headquarters in Tokyo. They invite distributors, DJs and music industry professionals to come together and discuss plans for new products, based on where we feel the future of DJing is headed.

In 2006, this meeting was where the VCI-100 was announced for the first time. It may be hard to imagine now, but at that time there were almost no MIDI controllers for DJing on the market, and certainly none that provided the professional features and build quality DJs needed. The VCI-100 was a revolution, providing plenty of faders and buttons for that controlling pro DJ software, in a compact and solid unit.

The photo above shows some of the key people at Vestax who were involved with the design and concept behind the VCI-100. Their faces are serious and perhaps a little worried, as the VCI-100 was the first of it’s kind and it was not clear whether such a product could be successful. But in the end, the VCI-100 was a game-changer that set the standard for all other DJ controllers to follow, so  we’re glad we took the risk! 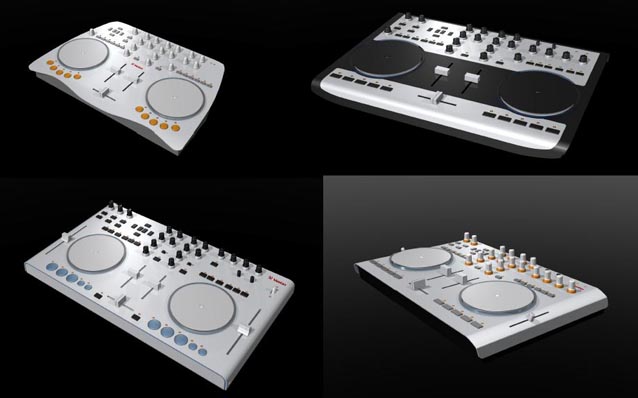 These photos show some of the earlier prototypes of the VCI-100. You can have a sense for how different concepts were iterated upon before the final design was fixed. This is a challenging part of any product’s development, but is particularly difficult when the product is totally new and so there is no “standard” layout. The final design eventually became a classic that was copied by many others.

Each new Vestax product has always been associated with at least one famous artist who has given their support to the product and used it to push creative DJing even further. In the case of the VCI-100, feedback was gathered from many DJs and producers, but 2 people were especially important: Hiroshi Watanabe and Ean Golden. Hiroshi-san introduced the VCI-100 to the Japanese market and pioneered the use of controllers for DJing.

Continue this story on the Vestax website for more details and images.