He may not be a household name but if you grew up in a certain era, you know his music. A founding member of classic rockers Heart, Roger Fisher‘s opening riff on “Barracuda” has been a prerequisite lick for every fledgling rock guitarist for more than a generation. 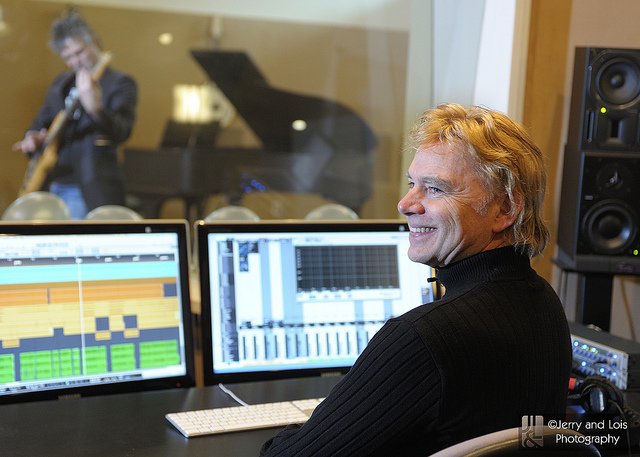 Though he left the band in 1980, Fisher has hardly slowed down in the years since, maintaining a busy solo career that has included movie and TV scores, commercial music, and a near-endless stream of projects with his brother Mike.

The brothers recently completed a new project, Love Alive, and as Roger observes, it was more than a little demanding. “It was our first project using Studio One, and we knew we’d be getting up to speed on a new DAW while we were working on the recording,” he says. “We were also producing video at the same time, and it was our first project using [Apple] Final Cut. So we were learning two new programs at the same time. Needless to say we approached it with some trepidation.“

But, Roger says, Studio One was a breeze to get into. “Any time you switch programs you have to prepare for a major learning curve, and when you’ve got ideas you want to get down, that can be daunting. But Studio One was really intuitive, and we could see right from the outset that the program had so much to offer.”

The brothers’ recording style is admittedly fairly old school. “We work with all live musicians, so we use Studio One mainly as a multitrack recorder,” says Roger. “I don’t really do any programming or anything, so we mainly use it as a recording, editing, and mastering tool.“

That said, they are happy to embrace new technologies. “When we finally got our first two-inch machine, we loved what we could do with it,” Roger recalls. “It was a wonderful thing – except for the cleaning, aligning, and demagnetizing every morning. And even though I got pretty good at splicing tape, it’s great to have an Undo button. At the end of the day, you can compare digital to analog all you want, but if it sounds good, and it sounds musical, we’re happy.“

Studio One’s Melodyne integration is another aspect of modern technology the brothers are happy to embrace. As Mike observes, “frequently when you’re recording a track, you might be thrilled with the performance at the time, but a week or two later, you notice some little stuff that’s out of tune or some other anomaly. With Melodyne, you can go in there and use it on a chord and actually see which string is out and make it right. That’s the kind of stuff we could never do in the analog world.”

“As a company, PreSonus has been great to work with,” says Roger. “Support has been fantastic – we’ve developed a few one-on-one friendships with people in the company, and that kind of relationship really makes a customer feel good.”

“The ease of use, being able to just drag-and-drop things so easily – those are the things we like the most about Studio One,” adds Mike. “It’s just so user friendly, and that seems to make things flow faster for us.”

Roger concludes, “Every DAW has a few really great things about it, and a few things that are just frustrating, and in a perfect world we’d all love to be able to take the best aspects of each and combine them. But out of them all, Studio One has the most features, is easy to use, and sounds great. You really can’t ask for more.“