Allen & Heath has launched GLD Editor, a free, computer-based control suite offering all of the key facilities of the GLD digital mixer with capability to display multiple information panels simultaneously. Available for PC and Mac, GLD Editor has the advantage of a GUI simulation of the mixer surface, offering users an onscreen representation that reflects the physical surface. 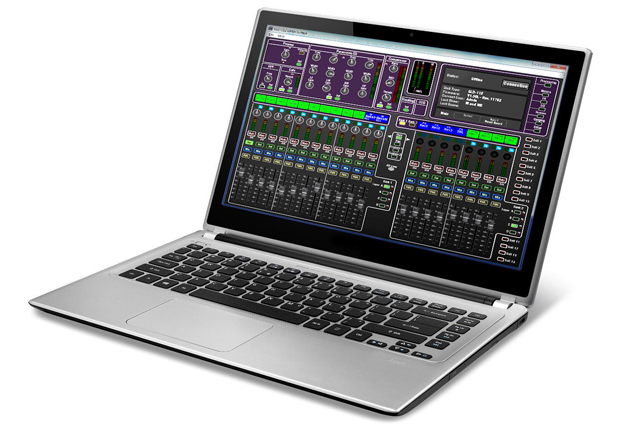 Similar to the popular iLive Editor software, the program enables users to easily configure show settings or make changes to existing shows online or offline to save and upload later. TCP/IP connectivity makes live mixing and processing possible over CAT5 or WiFi so different tasks can be managed in the Editor software and the GLD mixer surface simultaneously. For example, monitors can be tweaked on stage using a wireless laptop while another engineer runs the FoH sound check from the mixer. Also, as it is possible to connect up to 16 devices to a GLD system, users can attach multiple computers running Editor and multiple iPads running the existing GLD Remote app at the same time.

There are two operating modes, offline and online. In Offline mode, users can prepare a channel plot and surface layout on the plane, tour bus or in the office, or edit guest engineer Show files before transferring them to a USB key to load into a GLD at the venue. In Online mode, Editor adds a second ‘virtual’ control surface to the GLD system providing simultaneous control. Editor can connect as either a master by uploading current settings to the mixer, or a slave by downloading the current mixer settings.

The GUI has been designed to mimic every aspect of the GLD mixer – knobs and faders included. The main Surface view allows for quick mixing functions, while screen navigation keys open up a new window which replicates the GLD touchscreen interface. Processing views, meters, FX control, I/O patch, quick channel strip labelling, drag ‘n drop of surface strip layout, access to memories and preferences can all be found here, coupled with a navigation tab by layer/bank or channel type. This addition means it is easy to select a channel without going back to the main window, and makes GLD Editor usable with most Windows tablets and netbooks with resolutions as low as 1024×768.

“We are thrilled to launch GLD Editor and be able to offer users yet more flexibility with the GLD system. The GUI simulation is a huge benefit to users who are now able to easily configure the mixer offline away from the mixer, and especially useful for new users who are unfamiliar with GLD and still getting to know the surface, buttons and menus,” comments product manager, Leon Phillips.

Editor is available as part of a new GLD firmware update, V1.3, which also includes added functionality, such as ganging of trims, output channels available as sources in the patch-bay for input channels and External Input on mix channels.

GLD v1.3 can be downloaded now from www.allen-heath.com