Elektron took the time to talk to electronic music artist Mumdance, a.k.a. Jack Adams. He is totally focused on the raw essentials in music. With a few pieces of select gear he pulls off his no-frills tech grooves and, seemingly without effort, it all falls into place. Back to the roots! 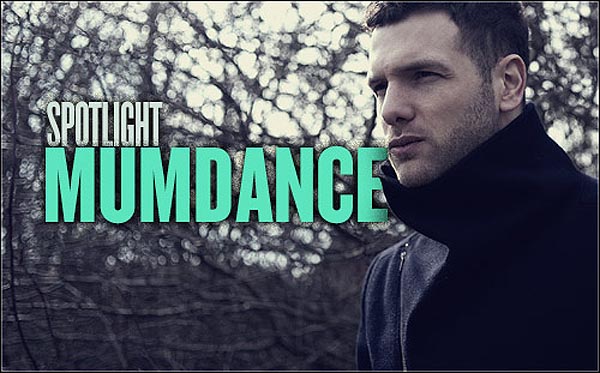 – How do you use your gear? A few instruments in-depth or do you utilize the best bits from various pieces of equipment?

I try to switch up my working style a lot for a number of reasons, one because swapping your working style yields different results and sound, but also because otherwise I get super bored! what I tend to do is focus on a couple of bits of kit that I have in my studio, spend a week or two making a few tunes and then switch up which kit I’m using when I start to lose patience with the gear. At the moment I’m enjoying using a lot of samples, so I usually spend a bit of time in a session sampling my synths and then mangling the audio with a sampler. The Octatrack is great for this as it’s super quick to get ideas down with and the sequencer always takes me down little weird routes that I wouldn’t normally come up with if I was using say Logic or an MPC

– Your studio seems to be geared towards hardware rather than computers and software. What are the positives and negatives of your setup?

The positives are that it’s super fun and hands on. When you do music every day it’s important to keep things interesting for yourself, if you aren’t enjoying what you are doing you aren’t going to get a good result.

I think the negatives with a hardware setup – more to the point, a vintage hardware setup – are that it can take a long time to do things which could be done in seconds using software. I don’t necessarily think this is a bad thing though, as limitations can be really good for creativity. My latest mix tape album, Twists and Turns, was written 100% out of the box. The majority of it is quite raw and stripped down, due to the limitations that the hardware imposed on me. The limitations shaped my sound, but in a good way I feel.

Being that every other bit of kit in my studio expect for my computer an sound card is at least 20 years old, I thought it would be nice to get a bit of new kit to compliment & contrast them, which is why I decided on the Octatrack. It still retains that hands on nature, but being able to transfer sounds into it through USB saves me hours and hours of time!

– You seem to be really adept with the Octatrack. How do you use it when producing?

I use it for a number of different jobs. I originally brought it for use in my live show, but it’s such a useful little box that I’m finding I use it most days for a number of different jobs. What I like about the Octatrack is that you can set it up exactly how you need it to be. If I am using it in a live situation I have it set up in a certain way and if I’m using it in the studio, I use it in an entirely different manner.

When it comes to my live shows, I had been noticing that a lot of electronic acts are relying more on spectacle than music to sell their shows. Big light shows, visuals, fireworks and all sorts of gimmicks. I don’t have anything against any of that, but for me it seems like the actual music, and even the live aspect, has been lost a little bit. So I guess my show is a reaction to this. I’ve stripped it down to the bare essentials, 2 decks, 1 mixer, a Roland TR 909 and an Octatrack.

When I was younger I was really inspired by Jeff Mills and his DJ sets, where he used to jam on the 909. First time I saw it, it completely blew my mind. So I decided to take that idea of a DJ show with live elements, but appropriate it to my own needs and take it off into a different direction.

I’ve loaded my Octatrack with a ton of one shot sounds. Samples from my favourite records, my synths and also lately field recordings of stuff that I’ve come across on my travels. Then with the Octatrack and 909 I pretty much just build tracks on the fly. The Octatrack is the perfect tool for a live improvisation. I don’t plan anything, but just react to the crowd and feel my way through the set. I build everything 100% live in front of the crowd, each show sounds different every time. To me it feel like it’s as live as you can get in electronic music. I’m not trying to recreate songs that I already have released, I’m just making raw club music with the sole purpose of making people move. After I have jammed for a bit on the Octatrack during a set, I mix out of it and DJ for a bit, then back to the Octatrack. I find it a very effective way of doing things.

You can get an I idea of how the show works in this video:

I also use my Octatrack a lot in the studio. I only recently discovered how powerful the MIDI sequencer is and it has really opened things up for me and changed the way I’ve been working. At the moment I have it set up as the “brain” of my studio, side by side with my MPC, with the master clock coming from Logic so I can record everything onto my computer easily. The Octatrack is controlling a number of my hardware synthesizers, as well as throwing out a few samples itself. The beauty of the Octatrack is that it’s so quick to use, yet it’s possible to get incredibly complex sequences going within minutes. All the chord functions are a godsend for someone like myself who is self taught. I like it because its possible to make both classically “musical” pieces with it as well as out an out weirdness.

The other main thing I use it for in the studio, is if I am making a track on the MPC or on Logic & I get stuck, I will put a few of the elements of the track into the Octatrack and just start jamming with them, I find it always takes me off on different tangents which I wouldn’t normally have thought of, then I bounce the parts out and put them back into my other arrangement and build around them. Its a great way to get the creative juices flowing.

Lastly I use it a lot when I travel. I use a 32 gig memory card with it so I’ve got the vast majority of my sample library at hand. When I’m in a hotel room it’s great to be able to jam and build beats. Previously when I worked solely on a laptop, I never used to get anything done. Half of the tracks on the EP I’m writing at the moment were written in hotel rooms using the Octatrack. The material was then taken back to my studio and mixed or expanded upon. It’s a completely different way of working for me and I’m really enjoying it.

– What can we expect from Mumdance in the nearest future?

I’ve just released a 13 track mix tape album called Twists and Turns and I have a number of EPs coming out over the next few months on Tectonic, Keysound, Unknown to the Unknown & Local Action. I also do fortnightly podcast called Different Circles, in which I align a number of my influences alongside a load of brand new and exclusive music. Also I’m doing my Octatrack & 909 live show at Bestival on the 7th September and at Fabric in November. Check my Facebook page for further gigs and DJ dates.