This edition of ‘Something For The Weekend‘ is rather a special and personal one. This week Dick Raaymakers (a.ka. Kid Baltan) has passed at the age of 83 years old. We are pretty sure that very little of our readers and followers will know who Kid Baltan was, but for us it was an inspiring person and also an important person when it comes to electronic music. Dick Raaymakers was a pioneer in the field of electronic music and tape music but he has also realized numerous music theater pieces and has published many theoretical essays. 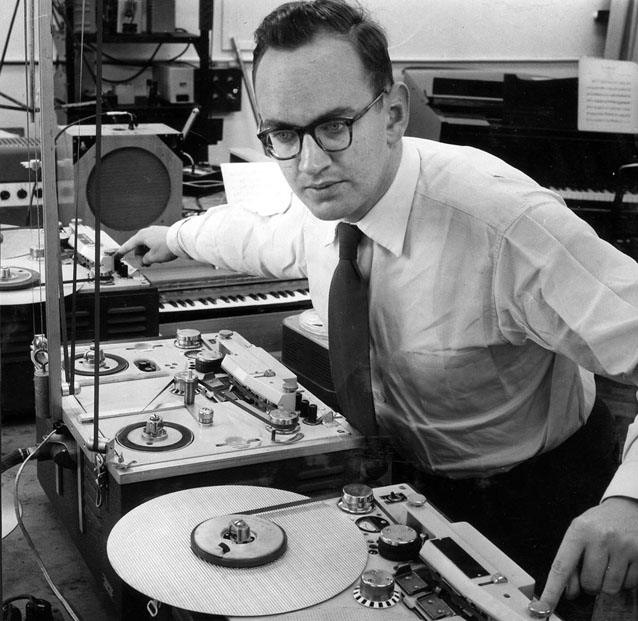 Raaymakers studied the piano at the Royal Conservatoire (The Hague). From 1954 to 1960 he worked in the field of electro-acoustic research at Royal Philips Electronics Ltd. in Eindhoven. There, using the alias Kid Baltan, he and Tom Dissevelt, under the name Electrosoniks produced works of popular music by electronic means (which turned out to be the first attempts of their kind in the world). From 1960 to 1962 he then worked at the University of Utrecht as a scientific staff member. From 1963 to 1966, together with Jan Boerman, he worked in his own studio for electronic music in the Hague. Then, from 1966 until his retirement in 1995, he worked as a teacher of Electronic and Contemporary Music at the Royal Conservatoire (The Hague) and since 1991 also as a teacher of Music Theater at the Image and Sound Interfaculty, at the same conservatory.

Kid Baltan can be considered as one the very first electronic music artists. Electro and techno (or any EDM genre) wouldn’t have been the same without his early work. And for this we thank and salute him! To honour him we are showing a track from him with Tom Dissevelt, “Song of the Second Moon”.