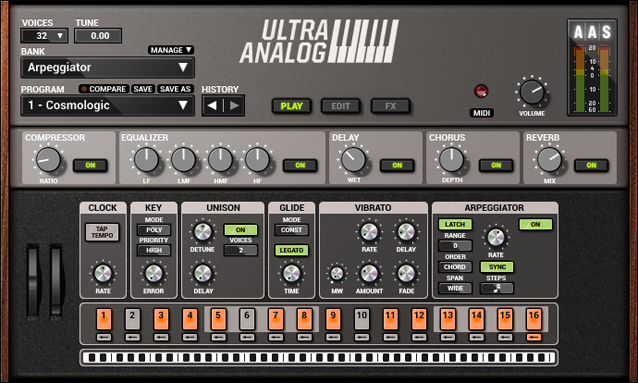 “Ultra Analog VA-2 is a simple and straightforward synthesizer. Yet, its clever design makes it surprisingly powerful and versatile,” says Marc-Pierre Verge, CEO of Applied Acoustics Systems, “We wanted a synthesizer that could cover the whole analog spectrum, from vintage to modern. With its new interface, complete effect section, and expanded library, it is more than ever a complete solution for analog sounds.”