A recent four-night stint for funk great Maceo Parker and band at San Francisco’s acclaimed new SFJAZZ Center was saved from an abrupt and untimely end, thanks to cool heads, quick thinking, and a well-placed PreSonus StudioLive 24.4.2 console. 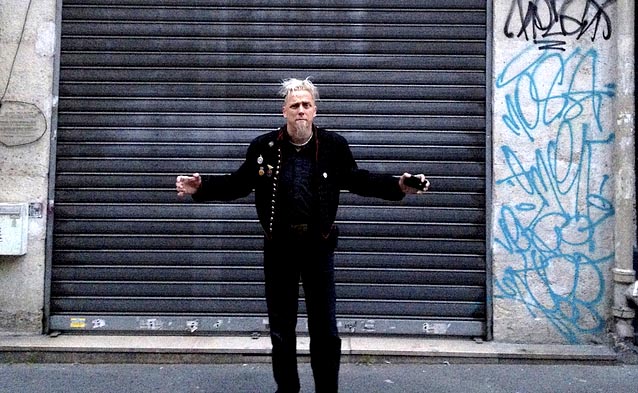 New Orleans audio engineer Andrew “Goat” Gilchrist has toured with Parker for nearly a decade. A veteran road dog who has also logged globetrotting miles with the likes of the Neville Brothers, Ani DiFranco, and Steel Pulse, Goat describes how the band’s final night turned into a last-minute nail biter.

“They had had some trouble with the house console crashing and locking up before our third night, and the house crew were a bit nervous that evening, but it all worked and we made it through the show without incident,” Goat explains. “But the afternoon before our fourth and final show, something went wrong and the console became unusable – glitching, freezing up, and making loud, sporadic noises into the PA.”

That’s where the quick thinking came in. “Masa, the SFJAZZ house audio tech, grabbed the little mixing console from their performance lab space and wired it in to the multichannel splitter at FOH,” says Goat. Needless to say, the

change was a bit last-minute. “I got word of this console swap five minutes before our performance. The house is open, the audience are mostly in their seats, and I’m out at FOH, suddenly staring at a completely blank canvas of a console, without even a line check to confirm 22 channels of signal coming from a full eight piece band.”

While less experienced engineers might have delayed or even cancelled the evening, Goat maintained his edge. “Masa had done his best to label the inputs of the new console, and to try to match input gains from the house desk, giving me a fighting chance to mix this band from a cold start on a new console.”

Goat’s long-standing Old School approach of using very little EQ and no compressors made putting together a new mix a bit easier. “I spent my pre-show five minutes on the StudioLive, dialing up high pass filters and guessing up a little bit of EQ on a few channels,” he says. “I had used the StudioLive at a couple of different venues in New Orleans earlier this year, and because the desk is set up in such an obvious and intuitive way, I was able to do a lot in that five minutes.”

Of course, that didn’t stop the inevitable sweating of bullets as the house lights dimmed. “I was pretty much gripped with terror as the band sprung into action,” he recounts. “I hadn’t even had a chance to tell the band about the change, and that their opening song was about to become a potential train wreck. But Masa had done the repatching perfectly, and all my channels showed up where I expected. I did a lot of adjusting and tweaking during that first song, and somewhere in the middle of it, I had wrestled my way into a pretty stable mix.”

Goat credits the layout of the StudioLive with helping him to quickly (re)build the mix. “Being able to just jump into the entire set of parameters on each channel, without any kind of menu or layers allowed me to organize my mix very quickly, and still keep an eye on the band.”

You would think this tale of last-minute panic and redemption in front of a house full of music fans would have been enough, but there’s more to the story. “After my mad scramble, once I was able to take a little step back from the console, I realized the show actually sounded better than it had the previous three nights! I had been struggling with a very flat, two-dimensional mix, with a real lack of mid range definition. I had kind of attributed it to the complexities of this very deadened acoustic space. But listening to the mix through the StudioLive, a depth of imaging appeared in my mix that had been missing. That rich, well defined sounding midrange that I had tried to coax out of the system before just came to life, with the StudioLive’s mains EQ left completely flat.“

Of course, Goat concedes, “I don’t think anyone would consider the StudioLive as competition for a high-end, automated digital console. I’d imagine the two consoles exist in completely different markets, and at completely different price points. All I know is that last night, the StudioLive not only helped avert a complete sonic disaster or worse – it also ended up, to my ears, sounding better than the house console. This little mixer got thrown into the most brutal A/B test imaginable, and came out shining.”