Recently the touchAble controller app for Ableton Live has been updated to version 2. Countless artists around the globe – from bedroom producers to award winning artists – use it on stage, in their studio or while on the road. touchAble 2 has been completely redesigned from the ground up, with stability and performance in mind – as well as an array of new and improved features. 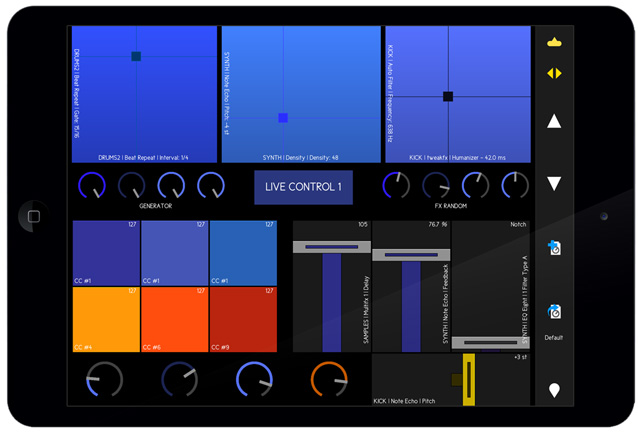 The French Beatmaker Steo Le Panda sent us a video of him playing a Re-remix of track1 of his first EP coming out later this year. Steo used the Template editor from touchAble 2 to build a special layout which provides everything he needs underneath his fingers.

Steo himself: “The idea of this live remix was to be able to play different sounds with the same notes. Instead of muting track with switches, which is the traditional approach, I found out it was more efficient to use a slider. Depending on the position I could play the Guzheng, the Tingklik and the Hendrix Guitar or a combination of two of them.

With the custom editor of TouchAble it’s possible and really easy to do that. The real plus of the App is its reliability. I recorded the video while playing TouchAble over a wifi network with a router (Apple Airport), not an ad-hoc network, and unlike other Apps, there is no delay whatsoever. Therefore it’s the perfect App to perform finger drumming because it is so fast to set it up, I open Live, the TouchAble server and the App and I’m ready to rock!”