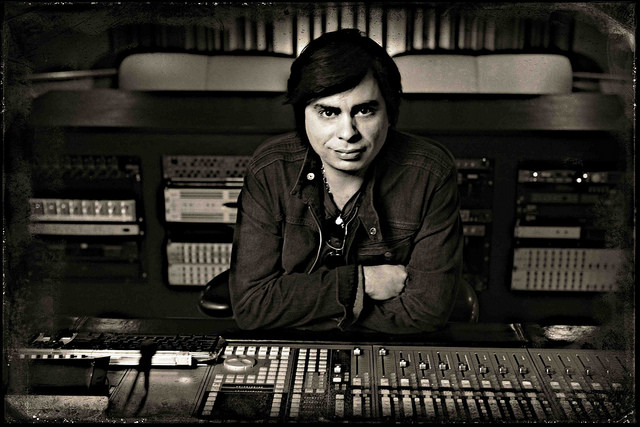 Daniel Figueiredo Ups His Game with Studio One

Daniela Mercury, and Gilberto Gil, as well as international artists like Jamie Glaser, Roman Miroshnichenko, David Cohen, John Pollard, and Stevie B. The two-time Latin Grammy winner’s music has been the driving force behind dozens of Brazil’s most popular TV shows and movies, and he is co-founder, along with renowned American percussionist Frank Colón, of the Musical Nation Project, a creative collaboration that endeavors to mix instruments, musical styles, and musicians worldwide.

Like many professional artists, Figueiredo had established a long history of working with a well-known DAW program. But as he explains, a recent upgrade to that DAW inspired him to make a change to PreSonus Studio One.

“I worked with that particular DAW hardware and software for many years and was well known as a user, an advisor, and an enthusiast,” he says. “But over time, I found that the system did not keep up with my needs as a composer and producer. It seemed I was spending a lot of time and money keeping the system working. Finally, with the most recent upgrade, I realized I had reached my limits and decided it was time to switch.”

Figueiredo spent many days testing out each of the leading DAWs. “I tried about six or seven programs on the Mac,” he recalls. “Some of them are very powerful, with a lot of features, but very convoluted and hard to get my head around. I was really impressed to see that Studio One already had dozens of the most-used features of my previous DAW, along with other features I was sure I would have to wait several years to see.“

“With Studio One I found stability, full compatibility with AU and VST plug-ins, and most important, an easy and intuitive workflow,” he adds. “The learning curve was
truly almost nonexistent.”

In fact, one of the first compositions Figueiredo created after switching to Studio One was a 90-second track representing Brazil in this year’s FIFA World Cup Games. The segment was the first of a series of tracks heard by millions across the globe.

Studio One is particularly well suited to the unique demands of instrumental and soundtrack work, says Figueiredo. “My compositions typically call for a lot of virtual instruments and a lot of tracks,” he observes. “The same MacBook Pro I used with my previous DAW can handle literally three times as many tracks and instruments with Studio One. And to my ears, Studio One actually sounds better.“

In addition to a wide assortment of virtual instruments, Figueiredo favors a number of Studio One’s built-in Native Effects™ plug-ins, including Pro EQ, Tricomp™, Mixverb™, and Groove Delay. He is especially pleased at just how easy it is to perform complex tasks in Studio One. “Features like Freeze and Transform virtual instrument tracks, and creating keyboard shortcuts and macros-for me, it saves me so much time when I can do these things with just one or two mouse clicks,” he says. “The Studio One guys really do think ‘out of the box’ and that’s great.“