Novation is proud to present 1992 – Today: Iconic synth sounds, a free soundpack for UltraNova and MiniNova users. 40 instantly recognisable sounds from tracks released over 22 years of Novation’s history give you the power to fill your productions and performances with tried, tested, and inspiring sounds. 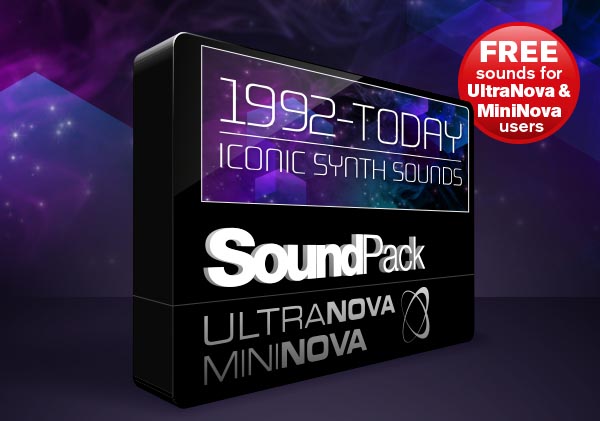 Get the sounds of iconic synths from tracks released from 1992 through to today with this amazing new pack, including classic and recognisable sounds from house, dubstep, drum & bass, breaks, trance, R&B, UK garage and more.

This video demonstrates the sounds that are included in the FREE synth sound pack 1992 – Today: Iconic Synth Sounds.