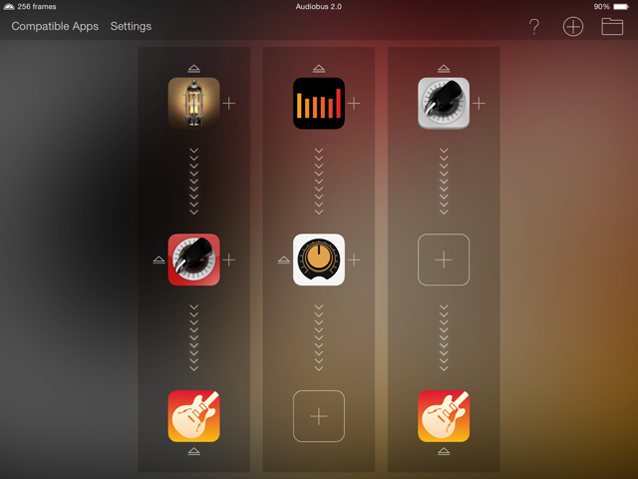 This support consists of a live app-to-app audio for iOS with as many inputs, filters, and outputs as users want, allowing complex signal routing possible with an intuitive, easy-to-use user interface. With this update, musicians and producers will be able to virtually design infinite signal paths just limited by the power of their devices.

To illustrate how Positive Grid apps integrate into Audiobus 2, the developer released a 40-second video called “Welcome, Audiobus 2,” that shows how guitar, keyboards, effects, and music production apps can be used together. The video features Positive Grid’s JamUp and BIAS as well as Arturia’s iSem, A Tasty Pixel’s Loopy HD, Rhism’s Guitarism, and Holderness Media’s Swoopster and Echo Pad.