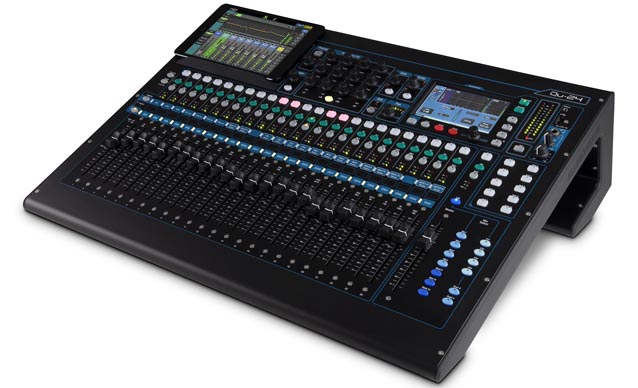 New User permissions enable three types of user – Admin, Standard and Basic – with different levels of access, for example, for volunteers operators in houses of worship, or guest engineers visiting venues. The Admin user has access to all functions and can protect selected functions and allocate passwords if required for the other users.

Other new additions include per Scene Recall Filters, FX User Libraries, RTA Peak Band indication, and Qu-Drive transport Soft Key functions, alongside a number of improvements to the User Interface such as 0dB markers and PEQ band fill colours.

“V1.4 firmware makes the Qu Series an even more appealing proposition to millions of Windows users across the globe, be it musicians, recording engineers or venue owners,” comments product specialist, Nicola Beretta.

“The Qu Series has been enthusiastically received in the market, with the Qu-24 receiving a Best in Show award when it was launched at NAMM. Since shipping started nine months ago, we have sold thousands of Qu-16s and have been back-ordered since launch, while Qu-24 is having a similar impact since shipping started in February, with similar back orders this year,” comments Allen & Heath sales and marketing manager, Debbie Maxted.

The firmware can be downloaded from: www.allen-heath.com