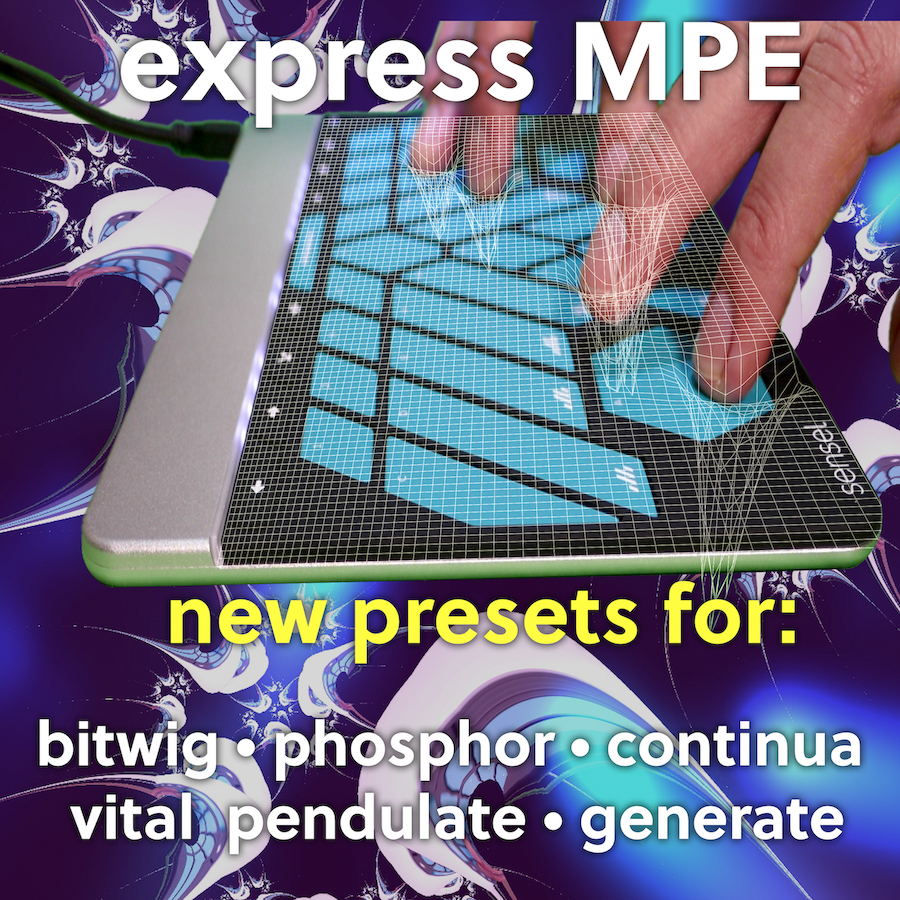 For customers who are new to MIDI Polyphonic Expression (MPE), these presets are a masterclass in how to map Pitch Bend, Glide, and Pressure in each of these software (and the Hydrasynth hardware). By putting their fingers to the sounds, they’ll have a new dimension of sonic control. By pulling the presets apart, one can learn some great ways to get the most from the many dimensions of MPE.

“We’ve gotten a lot of great feedback from folks who are using the original Express MPE presets and saw an opportunity to encourage further exploration,” said Sensel Product Strategist and Morph Frontman Peter Nyboer. “MPE is coming to more DAWs and instruments, seemingly every week, and we want to be on the front lines promoting it while removing barriers to entry.”

The sounds can be used in any MPE-ready host like Ableton Live 11, Bitwig, StudioOne, Logic, Cubase, and others with any MPE controller like a Sensel Morph, ROLI, Artiphon, or Linnstrument.