Audio-Technica is introducing a number of limited edition products, all featuring a distinct Audio-Technica 50th Anniversary design and color scheme. 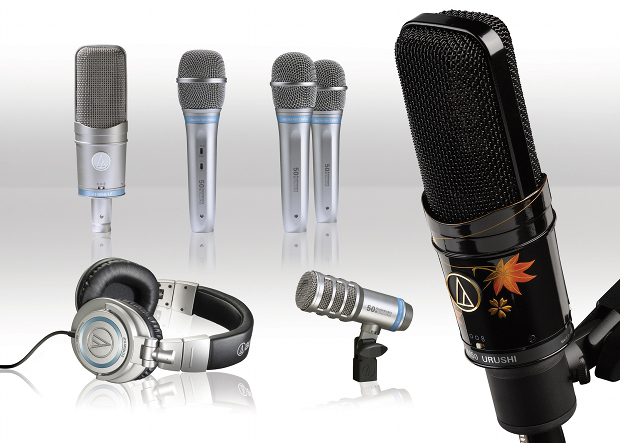 Of special note is the ATM25/LE, a re-emergence of the classic ATM25 Hypercardioid Dynamic Instrument Microphone. Based on direct input from end-users and dealers, Audio-Technica chose its 50th anniversary to bring back a special edition of the classic ATM25. The new ATM25/LE is ideal for kick drum, toms and other highly dynamic instruments; handles very high SPL at close range; provides big, warm low-frequency response with excellent presence; offers very full sound on close-up vocals and dialogue; and features a multi-level grille and rugged construction.

The Audio-Technica Anniversary Models are now available with U.S. MRSP’s as follows: