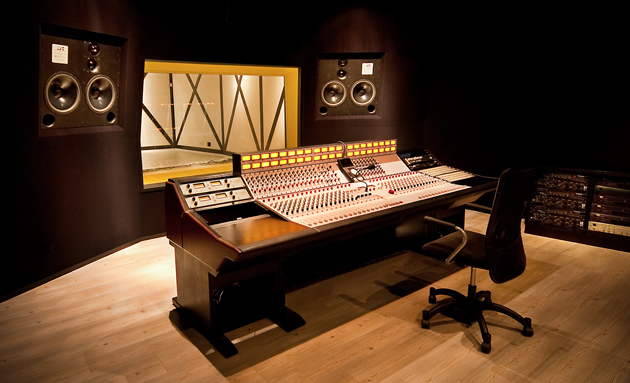 “The music production and recording facility is also meant to cover our post-production needs as we do quite a lot of music recording and ADR for our films and commercials.” So says Yellow Box Studios Managing Director Rennie Gomes, a go-getting, multi-tasking individual who is also actively involved as a sought-after sound designer and composer at the company he co-founded back in 1995. Backtracking further still, Rennie reveals, “Singapore was already a hub for post-production back in the ’90s, and, even before setting up Yellow Box, I already had a good pool of clients from around the region. So setting up in Singapore was a natural choice, given its strong infrastructure and economy.”

With a city centre-sited state-of-the-art studio and office to its company name, Yellow Box Studios set about producing soundtracks for feature films, television drama series, and television commercials with much success — so much so, in fact, that the decision was recently taken to expand its base of operations to include a new music production and recording facility housing a dub stage and one of Singapore’s largest recording rooms in a light industrial unit within a stone’s throw of Changi International Airport. Arguably a risky business move in today’s rapidly changing climate, surely? “You can’t hear a thing in any of the rooms, so all credit to the designer — who, coincidentally, created one of the rooms at Abbey Road — and an amazing building contractor,” Rennie responds, semi-seriously, before adding: “We were all aware of the challenging times the music industry is going through, but we knew we could make it work if we diversified the use of the room. Singapore doesn’t have many large recording rooms anymore, which puts us in a good position to record 30-piece string arrangements or a 60-strong choir, both of which we’ve already achieved since opening.”

Both studio and control rooms are suspended on floating floors with fully-ducted, acoustically-dampened, ultra-quiet air-conditioning. Professional as that may sound on paper, making that control room sound professional in reality involved installing some premier professional audio equipment, evidently. At its heart is a discrete analogue mixer designed by one of the most trusted names in pro audio, perfectly partnered with industry performance overachiever ATC’s flagship SCM300ASL PRO three-way active professional series loudspeakers as its main monitoring system. “They were highly recommended by one of my senior engineers,” explains Rennie. “We had heard a pair in another facility and were very impressed.”

And first impressions can count now more than ever in today’s tightly-constrained recording world, which is exactly why those SCM300ASL PROs have been paying dividends for Yellow Box Studios from the get-go: “The response has been mind-blowing — even more so from the audio professionals that have set foot in the room. In this day and age of huge compromises in sound production, because of tight budgets, we are proving that paying a little more does, indeed, go a long way. Engineers and musicians are bringing in their favourite mic pres, amps, and other gizmos to test in our room, and they’re amazed at the results. We’re finally able to do large-format recording, helped by having the SCM300s in a room that best compliments their sound, because being able to hear an accurate bottom end matters so much when you’re doing large string sessions and band recordings. In a sense, we are bringing back the romance of a great recording experience without any compromise — sort of a dying art, really.”

Reasons Rennie: “As for the music scene in Singapore and the region in general, let’s just say we’re still optimistic as we’ve already had some amazing compliments about the recording room and how accurate everything sounds, which is exactly what we were striving for in the first place.”

Thanks to ATC’s SCM300ASL PRO three-way active professional series loudspeakers, what sounds good for Yellow Box Studios is also a good thing for its host nation, it seems: “Singapore has never really had a state-of-the-art facility for audio like this one, where film and music are merged. We foresaw this convergence of media a long time ago, and now music and picture are prevalent in all interactive and traditional media, so having such a facility also attracts mid-level to high-end projects to our shores as more and more projects we work on are for an international audience. There’s always a certain kind of magic that happens when I see film producers and directors meet with bands and music producers in the same building. I think it’s called… collaboration!”

Speaking of which, Yellow Box Studios’ collaboration with ATC was also deemed a resounding success at an all-important installation level, too. “The installation went very well,” wraps up Rennie on another uplifting note. “It was basically a case of set up and go, with not many tweaks needed as the system suits the room so well.”

That it does. And, as a direct result of that fateful first listening session and subsequent sizeable installation investment, Yellow Box Studios can hear clearly now and forevermore with their new ATC300 ASL PROs.