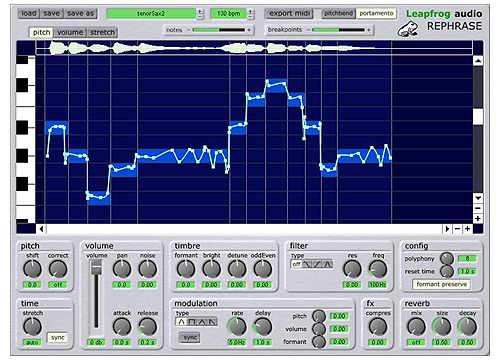 At the core of Rephrase is a high quality resynthesis engine. The engine is the result of over a year’s research and development. It has been finely tuned to ensure sampler like quality is achieved, whilst allowing free control over pitch, time, volume, formant, partial tuning etc. The engine performs formant preservation, meaning audio files sound realistic, even when pitched up or down by a large amount.

Demo versions of Rephrase will be available: www.leapfrog.com