Event Electronics is extremely excited to announce the release of a new generation of the cult 20/20bas speaker that revolutionised the recording industry in the 1990s and secured a place in the hearts of audio engineers the world over. First released in 1995, the original 20/20 nearfield studio monitor was universally acclaimed and launched the Event brand worldwide. 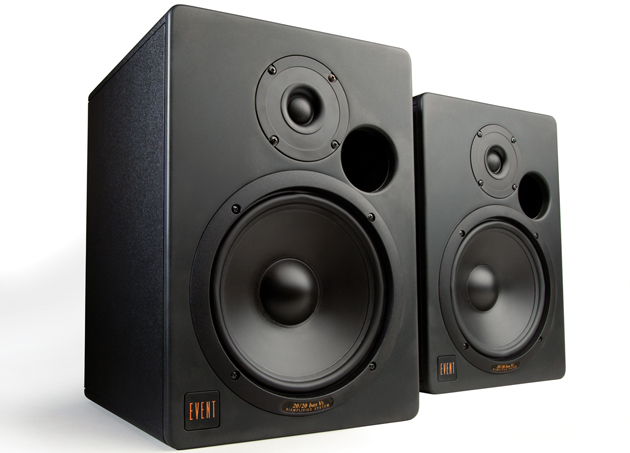 A year later Event released a powered version, the 20/20bas, to critical acclaim from engineers, musicians and the media alike. The very first pair of 20/20bas speakers were used by Francis Buckley to mix Quincy Jones’ Q’s Jook Joint album for which he won the 1996 Grammy Award for ‘Best Engineered Album’.

Award winning producer, engineer and DJ Fredwreck has relied on his 20/20bas monitors when working on hit singles for Snoop Dogg, 50 cent, Eminem and Britney Spears to name a few. “The one thing I always liked about the 20/20s was if you can get it sounding good on those speakers it will sound good on a variety of speakers. It’ll sound good on the TV, sound good in the car, sound good on headphones. And that’s something that I really need.”

Now fifteen years later Event is proud to announce a new generation of clarity, transparency and definition with the release of the 20/20BAS. This new speaker incorporates a number of fundamental improvements over the original model while remaining true to its character and performance strengths.

“Here at Event we’re constantly inundated with requests from owners of the original 20/20 speakers, asking us to breathe new life into the legacy” explained Peter Freedman, President of Event. “Now the time has come to do just that with the new 20/20BAS.”

“Opal proved beyond a doubt that Event’s audio engineers are the best in the business, and the new 20/20BAS reinforces that fact. Borrowing several technologies from the Opal while still respecting the character, tone and voicing of the original 20/20, we’ve created a speaker that has the best transients and dynamics in its class while exhibiting incredibly low distortion.”

The original transducer design and cabinet volume have been maintained, however the high and low frequency amplifiers, cabinet bracing and overall construction have been revolutionised to improve audio characteristics, increase dynamics and extend reliability.

“We were very respectful to the original 20/20 speaker” explained Event’s Director of Engineering, Marcelo Vercelli. “Everyone in Event’s design department has great respect for the speaker, but we saw a few areas where we could use techologies developed for Opal to get even better dynamics with lower distortion. The new low frequency amp can deliver up to 250w of peak power into the woofer. This gives you the BOOM… the definition in the bottom end that you’re looking for.”