At MusikMesse, Behringer shows a complete line-up of new DJ controllers. As they are not quite finished products yet, they do show the ideas of Behringer about digital DJ’ing. The lineup consists of both full controller decks as well as a series of components that each target a different level of control for the digital DJ.

There are two controllers: the little one is called the DJ CMD Micro, and the full one will get the name DJ CMD Studio. The latter being a full 4 channel controller with 8 hot cues per channel, large platters and 45-60-100mm faders for cross-fader, channel faders and pitch faders. Behringer claims a 14 bit resolution of the pitch fader, making it very accurate. 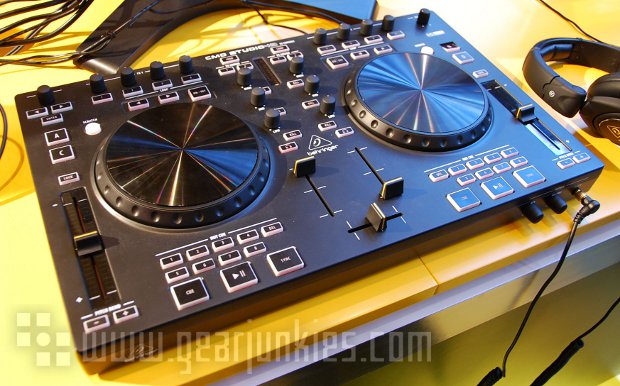 The controllers are not quite ready yet, so the looks on the photo’s will not be what will be sold later on in the year. We were told they were going to get a black brushed stainless steel look. Also, the controllers will be screwed more tightly, so expect all buttons to be attached as they should be 😉 The controllers should be available at the end of the summer. The expected price of the CMD Micro will be 69 dollars, and the CMD Studio will be priced at 199 dollars.

Next to the deck controllers, were a series of 5 different purpose controllers. The DC-1 is designed for triggering samples, as well as giving options for efficient access to your digital music library. The LC-1 is built as a launch pad, many buttons, color coded. The DV-1 gives easy access to effects and control over playback, with some nifty features like double and repeat buttons. And finally there are the FL-1 platter controller and the MM-1 mixer controller. The MM-1 mixer controller also integrates a full USB 2.0 hub, so USB-connectivity of all the components can be done through the MM-1. Also, the component controllers can be screwed together by a system to make up one piece. Nice! 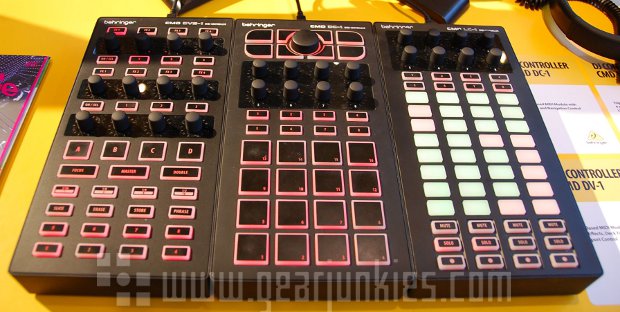 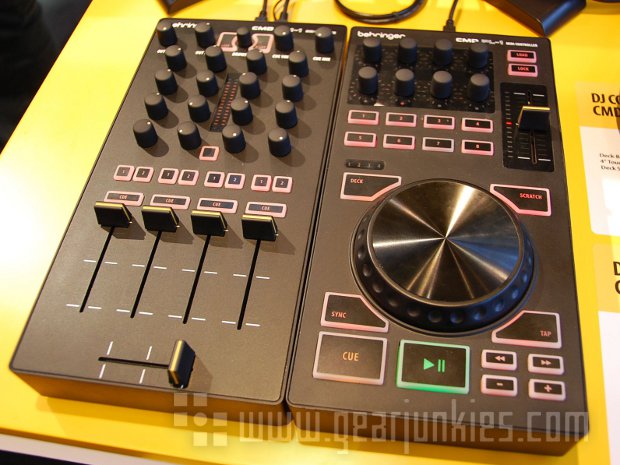 Last but not least, the controllers are going to be sold for prices between 99 and 149 dollars each, and will be available at the end of the summer.