Today MOTU released a driver update for all MOTU audio interfaces that enables wireless control of their on-board CueMix mixing features using an iPad. Now available as a free download, the latest CueMix FX software includes TouchOSC templates for Apple’s iPad that give users complete control over the CueMix mixing and effects processing in their MOTU audio interface from anywhere in their home or studio Wi-Fi network. All CueMix-equipped MOTU interfaces are supported, including current and legacy models. 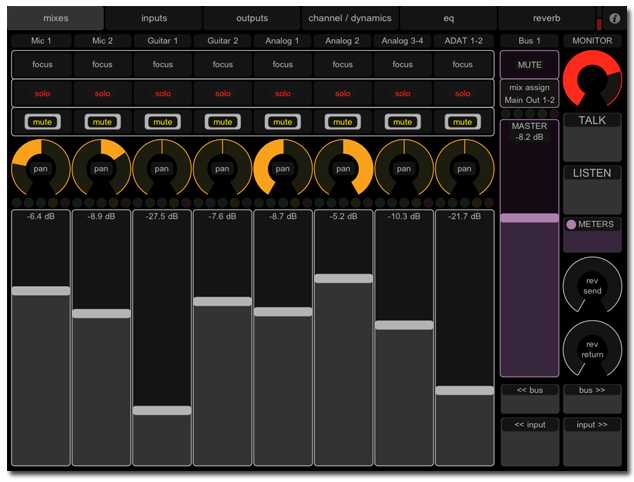 The CueMix mixer in MOTU audio interfaces can be controlled from an iPad using an app called TouchOSC. Users can perform all CueMix mixing functions using on-screen faders, knobs, and buttons in TouchOSC. Communication is bi-directional, so any changes made on the computer screen will also be reflected on the iPad.

iPad control of CueMix FX is supported on both Mac OS X and Windows 7/Vista.

iPad, which communicates wirelessly with the computer.

Open Sound Control (OSC) is a protocol for communication among computers, sound synthesizers, and other multimedia devices that is optimized for modern networking technology. TouchOSC, developed by hexler.net, is a customizable OSC and MIDI control surface app for the iPad. Available through the Apple App Store, it allows users to control applications on a Mac or PC over Wi-Fi.

The TouchOSC layouts, along with a required CueMix FX software update, are included in a new MOTU universal audio installer now available to all MOTU audio interface users as a free download here.