Literally, we just came across this on our Twitter time line thanks to the guys at Dubspot. It is a really cool short documentary on the Moog Google Doodle they created for the anniversay of Bob Moog. It was the Google Synth Doodle thaty created this buzz on the internet. 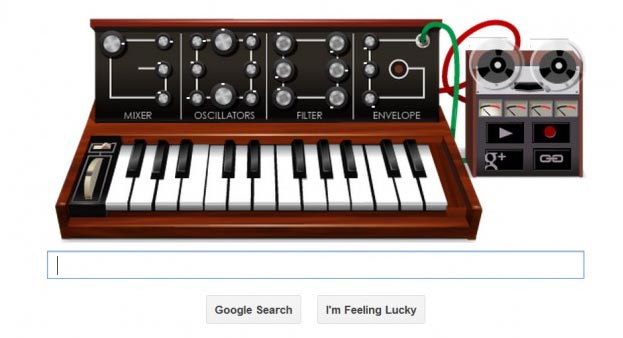 In May of 2012, Google turned its homepage over to Moog, creating a playable version of one of their synthesizers. The synth “Doodle” was used by over 300 million users, and brought a new level of attention to the Asheville, N.C.-based company. Acknowledging this, Moog, as part of their 3rd Annual Circuit Bending Contest held during the Moogfest music event, called for enthusiasts and benders to create a sampler and use the Google Moog Doodle as the basis for it’s sounds. The winning sampler was unlike anything we’d ever seen, and we contacted some of our favorite musicians, including Detroit techno pioneer Carl Craig and hip-hop icon El-P, to create or rework songs using this new tool. The resulting tracks and documentary chronicle the dynamic relationship between technology and music, and how each field pushes the other in unpredictable and amazing directions.