The Teenage Engineering OP-1 is the all-in-one portable Synthesizer, Sampler and Controller. With additional features like the FM Radio and an assignable G-Force sensor for motion controlled effects. With OP-1’s built-in Tape feature you are able to record everything you do on to the 4 tracks, with overdubbing, reverse recording. TE have now released a new operating system which adds (amongst others) a new synth and effect. 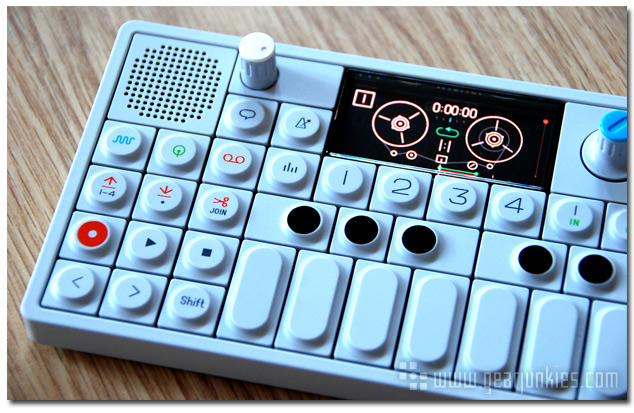 The video below is an introduction and demo of the May 2013 OS update to the amazing Teenage Engineering OP-1 synthesizer music machine. In this update two astounding new features are added in the form of the “DNA” synthesizer engine and the “CWO” Frequency Shifting Delay. The DNA engine is a noise engine capable of complete aggression and fax machine battle while at the same time possessing the ability for harmonic tonal leads and chords. The CWO FX is a Frequency Shifter with a wide range that make it possible to do phasing, flanging, chorus, tremelo, ring mod and comb filter types of sounds. You have to hear it to believe it. CWO also represents the first partnership by Teenage Engineering with an outside developer to co-op code to add to the OP-1’s already heavy arsenal of sound capability. This developer is the one and only sonic master mind Magnus Lidström of Sonic Charge.