With an invite by Focusrite, two Gearjunkies team members went on a roadtrip to the Belgian city of MOL, where one the best studios of Europe is located. At the Galaxy Studio they got a hands-on demonstration of the Focusrite Rednet audio system. 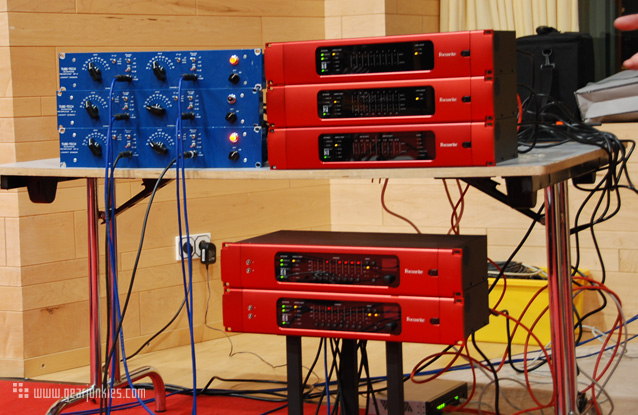 Rednet in short is ‘audio by ethernet’. This isn’t quite a new concept as it is used in the Live scene and with audio installations. Rednet uses the Dante protocol which is licensed from the Australian company Audinate. Focusrite is the first manufacturer to use Dante in a studio environment.

One of the big advantages of Ethernet is the fact you don’t need complicated cabling. A RedNet PCIe card will give you 128 simultaneous I/O to and from your DAW computer, however a Cat 6 cable is capable of transporting many more simultaneous channels throughout your network, all down the same cable. The RedNet system can be integrated in the existing network of the studio. You can built it as big as you want it to be, and with glassfiber cabling you could send and receive audio up to 70 km away! So this system can be used in other ‘environments’ as well then just your studio. Just think theaters, schools and even amusement parks. 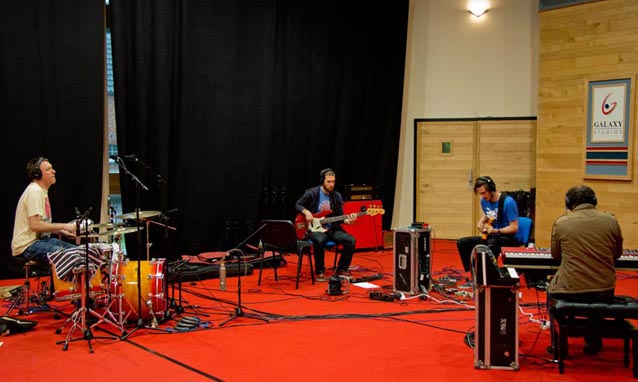 The Focusrite RedNet system consists of seven components: Rednet 1 through 6 and the PCIe card. The basis of the system are the AD/DA converters. The basis of this system are the AD/DA converters. They have a dynamic reach of 119 dB and are easily connected. At the rear we have the DB25 INs and OUTs with a ethernet port. Rednet 1 provides you with 8 I/O, Rednet 2 has 16, and Rednet 3 RN3 is 16 Channels at 192kHz,

RedNet 4 is a 8 audio IN and 8 network outputs OUT pre-amplifier that sounds very nice, something that Focusrite is know for for years. Later on more about the sound quality. RedNet 5 is your connection to Pro Tools HD systems. You can connect up to six units which will provide you with 192 audio channels at 96 kHz, or 96 channels at 192 kHz. With this system you don’t need the PCIe card as you connect directly to the Pro Tools system. The new RedNet 6 system is the ‘bridge’ between your MADI/AES10 setup and your RedNet audio network.

To connect RedNet to a computer you have two options. First is the RedNet Dante PCIe card with which you can send up to 128 audio channels over Ethernet. Second option is a virtual Dante driver so you can use the Ethernet port on your computer without the PCIe card. However tests have shown that not all computers could handle the protocol, so the PCIe card is most advisable. In the near future there will be a solution for laptop users to connect the system via Thunderbold.

As soon as the PCIe card is installed the set up of the system is a piece of cake. You only need a switch that you connect with the PCIe card by a Ethernet cable. Now you are free to connect the desired number of RedNet AD/DA converters that you prefer to the network. With the software from Focusrite configuration is pretty much a breeze. You’ll get a virtual overview of all your RedNet devices and by means of a mouse click you can set and control the pre-amps of RedNet 4.

The ways of usage are endless. Interesting for studios with multiple recording rooms. For example, configure a RedNet rack with the Rednet 4 pre-amps and a RedNet 2 16 I/O. Connect this to the network and you could record audio in a complete different room in the building. This way you can record and control audio of several recording rooms with one control room. 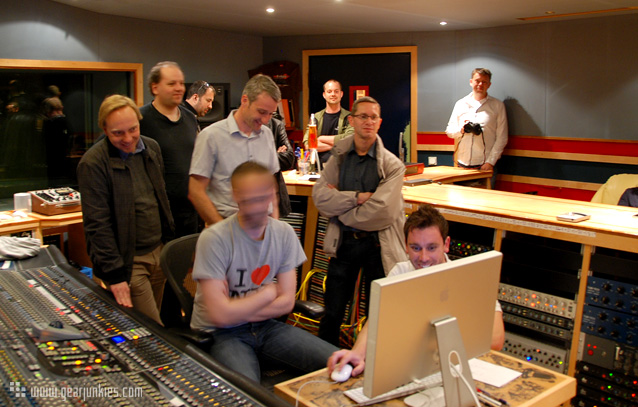 In The Box producers who want to leave their digital environment and use ‘analog summing’ can benefit from this system which adds multiple INs and OUTs to the existing system. An example: if you have already 16 channels connected to your mxing console and would like to add another 16 channels for, let’s say, a lunchbox 500 system. Well now you can, easily. Add another unit to the network, configure it and you are ready to go. No need for any drivers or complicated cabling.

All RedNet untis have cooling fans, that has to be mentioned. So with larger systems your rack will be heard in the recoring room. However, the system can function up to 30 degrees Celsius without fans, so in a cooled environment this won’t be a problem and you can turn off this cooling function (fans).

So far we talked about the system itself. Let’s talk about the use of the system in the real world. For this demonstration at the Galaxy Studios Focusrite invited four session musicians to perform with the RedNet devices, so we could see and listen how RedNet works and sounds.

The Galaxy Studios don’t have the RedNet system installed in their studios. So this demonstration was a great opportunity to show how easy it was to get a RedNet system up and running. In the main recording room a rack with pre-amps was set up who were directly connected to the RedNet system. Through a router the rack was then connected to the network that was present. Via the network a Pro Tools system was connected in the main control room, and that was it. If I hadn’t seen it myself I probably wouldn’t have believed it, to be honest. At first there were some minor clock problems but with the Worldclock turned on that was fixed pretty fast. 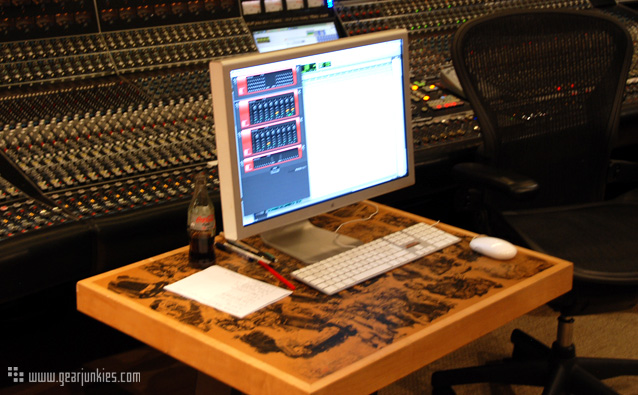 The band played two songs. All the instrument parts were send to the Pro Tools HD system directly via the API Vision board. It would be too easy to say that the system will work flawless, on large configurations, with just two songs and about ten minutes of recording time. But one thing stood out clearly and that was the sound quality. Turning up the volume of the audio INs of the RedNet 4 could be controlled from within the main control room without the musicians noticing anything. This showed the versatility of the system not just for small studios but, definitely, also for the large professional studios.

To bring this story to an end I must admit I was impressed by this whole system. Especially that ease-of-use in which you can expand the number of channels used in your studio. Furthermore the versatility of the system when using multiple recording rooms. I would have loved to evaluate the recordings in my own studio but due to (musical) rights that was not an option. So my only reference point is the sound quality at the Galaxy Studios, which of course is better then mine. If you have a chance do check out the RedNet system because it is really worth your while. Never has it been this easy to expand the limits of your studio!

We like to thank Focusrite and M-Works for the opportunity to get up and close with the RedNet System at the Galaxy Studios.