This is a first for us, if I remember correctly, but this post is intended to draw some attention to a free download of a complete album by Different Marks. This is a collaborative project between Martin Dawson (King Roc, Two Armadillo), Grzegorz Demiañczuk and Voitek Tarañczuk (Catz N’ Dogz). On 12th November last year, Martin unexpectedly passed away. The album was completed shortly before his tragic death. 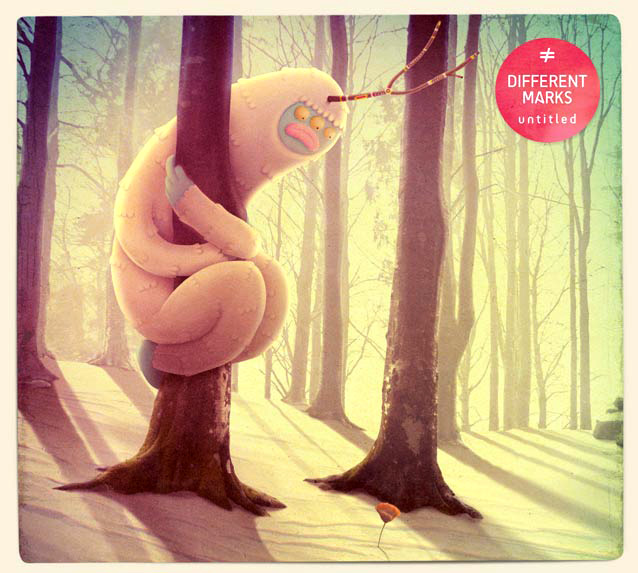 Meeting through their overlapping, closeknit circle of friends, the three connected instantly. From their first studio session it was clear there was a strong working, as well as personal, chemistry; a relationship that was deeply rooted in music.

Drawing upon each members’ idiosyncratic approach to writing, and through their shared work ethic of making the flow of each track paramount, the three worked fluidly together, with no boundaries, and no overthinking.

Speaking about the project in his own intimate account, Voitek remembers how, “suddenly, this whole world, an unexplored territory, had opened up to us; one that seemed, on one hand, ultimately familiar, and on the other, totally new…Martin had started to play guitar again, Greg was digging through his old record collection looking for new inspiration, and all those years I spent in choir started to come in very useful. Working on this project became addictive, and for those few months we put everything else on hold (even giving up writing our solo albums and EPs) because being in this small studio, together, meant the world to us.”

The album itself features a sample of some of the most talented singers and songwriters around who manage to perfectly compliment the productions, including Ben Westbeech, Paul Randolph, James Yuill, and Cari Golden amongst others.

Each individual sense, experience, idea and influence has been invested into this project by everyone involved, and each of those elements, in turn, has been fused together by the music, the love and the three of them, together.

Please note that you can download full album in one file from differentmarks.pets-recordings.com.