From the Facebook page of Rob Papen:  Below is the ‘concept idea‘ for RP-Control. Note that this product is not available! 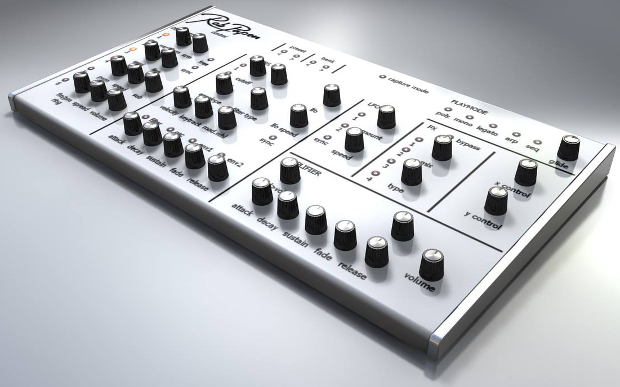 “The idea is to make a usb controller for our synth products (BLUE-II, Predator, SubBoomBass, Blade).  The layout is very clear, compared to other general controllers.  Producing such a controller is not so easy. You have to find a manufacturer and so on.  So I thought… lets make an image of it and check what some do say about this idea of a ‘RP-Control’“, according to Rob Papen.