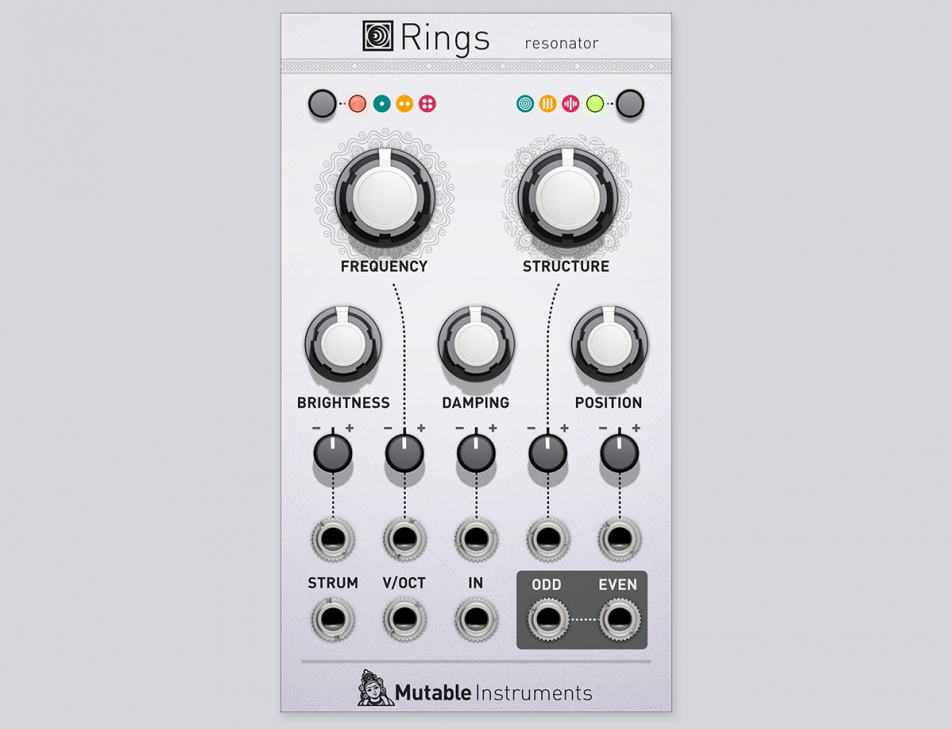 A physical modeling phenomenon. After the great success of Mutable Instruments’ Clouds and Braids modules in our software Eurorack environment, Modular, we’re excited to announce the introduction of Rings, the multi-resonator that no physical synthesist should be without.

In addition to these fascinating and endlessly explorable
varieties, Rings offers the user timbral control of the resulting sound, as well as the ability to excite the resonator models in any way they choose in the first place, either with an internally generated noise burst or with external audio signals.

Even strummed chords are possible with Rings, due to a built-in polyphony mechanism which generates a new virtual string (up to 4 in total) for every trigger – even while the last note is still ringing.