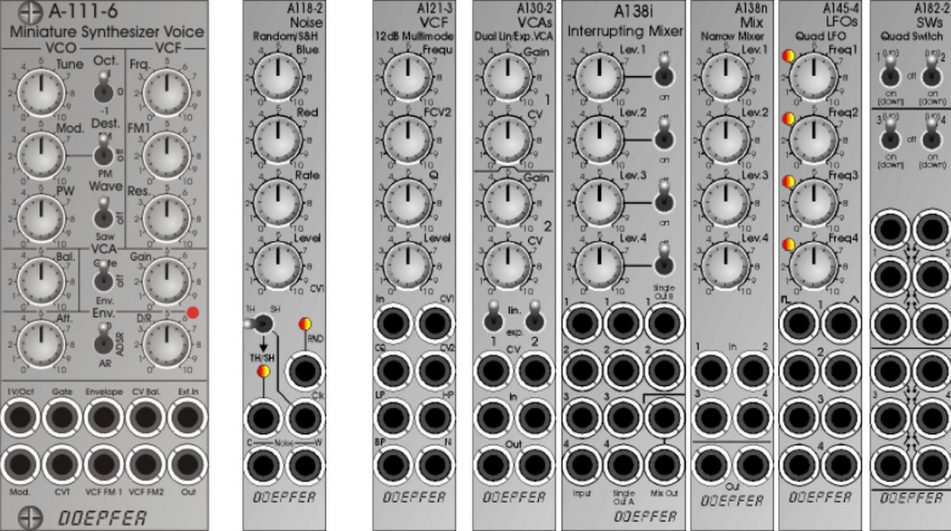 Doepfer lets us know that they are showing a number of new Eurorack modules at Superbooth 2019!

The first batch of Slim Line modules will include:
A-111-6, a miniature Synth Voice, quite similar to the A-111-5 and Dark Energy in just a 10 HP wide panel, and the following 4HP wide modules;