Version 1.01 of the Poly-850 synthesizer was released today. This update of the PC/VSTi version fixes a crash occurring in FL Studio and Energy XT, when attempting to load a project containing the VSTi. 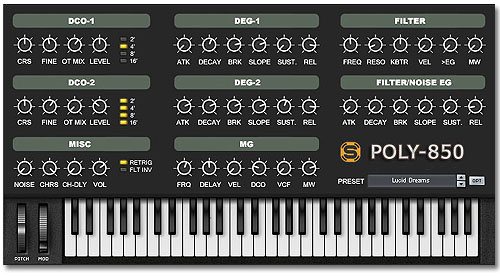 The Poly-850 is a VSTi / DXi synthesizer plug-in, which started out as an emulation of a vintage synth, but went beyond that by adding a several improvements and new features over the original.