Mackie today introduced the VLZ3 line of compact mixers, the next generation in their widely renowned VLZ series, with significant performance and ergonomic enhancements. 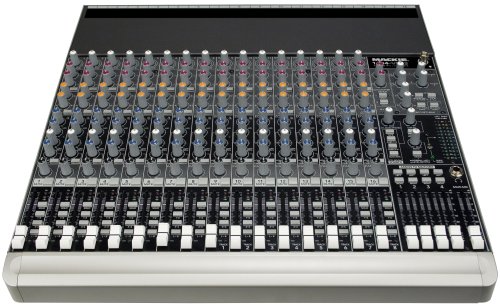 “We challenged our engineers to make our best-selling line of mixers even better — to achieve a higher standard than before — and they’ve succeeded,” said Mackie Recording Brand Manager James Woodburn. “Our VLZ3 line improves on the legendary sound and performance of the VLZ Pro series, whilst retaining form and function that enables users to easily upgrade from previous models.”

VLZ3 mixers incorporate numerous other enhancements as well. They have a wider dynamic range than previous VLZ mixers, including better low frequency response, with less than 0.0007 percent total harmonic distortion (THD) per channel. VLZ3 EQ controls now operate more independently of each other, offering additional creative control over the full frequency range. The ultra-clean summing bus offers improved headroom and the ability to mix hotter signals together without clipping, even in extreme real-world applications.